Real Madrid had their annual Christmas party on Wednesday night and Gareth Bale showed up for the first time. Thankfully he got prankster Marcelo on the club's list of Secret Santa presents.

Gareth Bale admitted this week that he's been shocked by the reaction to his celebration with a flag that spelled out his obvious distaste for playing in the Real Madrid shirt of late. But it seems like the joke is still ongoing for his teammates as golf has seemingly taken over lead spot.

Last month, striker Mariano appeared to tease Bale with a golf swing after he messed up a rondo in training and now Marcelo has got in on the act, having drawn the Welshman in the team's Secret Santa gift exchange.

Real captain Sergio Ramos posted a lovely photo of the team at their dinner at El Filandon (minus Karim Benzema and Toni Kroos for some reason), with the focus in the media afterward all about the gifts that were awarded on the night.

- Bale: A golf club, evidently brought by Marcelo judging by the pictures below. 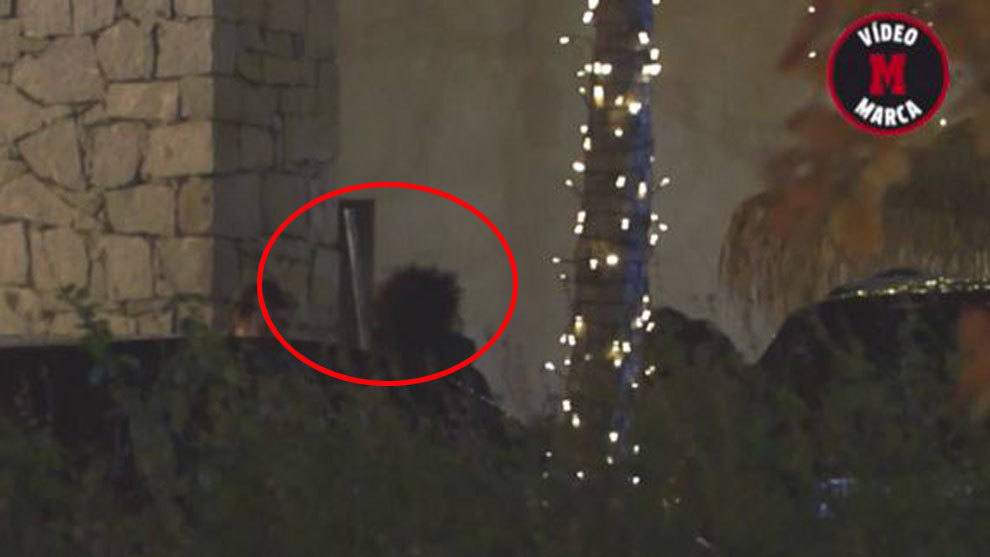 - Lucas Vazquez: Weights, after a freak gym accident saw him break his toe by dropping some on it.

- Marco Asensio: A baby walker (having injured his knee this year.)

- Luka Jovic: A Spanish dictionary (as he's reportedly struggling with the language.)

Spanish outlet AS reports that Bale left the team dinner at least 30 minutes before everyone else and you'd have to imagine that the only reason was because he wanted to go and try out his new present. Now that's commitment for you.

It wasn't the best homecoming for Jose Mourinho as he brought his new Tottenham team to his old Manchester United side in the Premier League on Wednesday. Tottenham lost 2-1 thanks to two goals from Marcus Rashford, and Mourinho didn't look like he was enjoying himself very much.

No fanfare. No red carpet. Just a man who knows his way around Old Trafford well.

Daniel James clatters into him 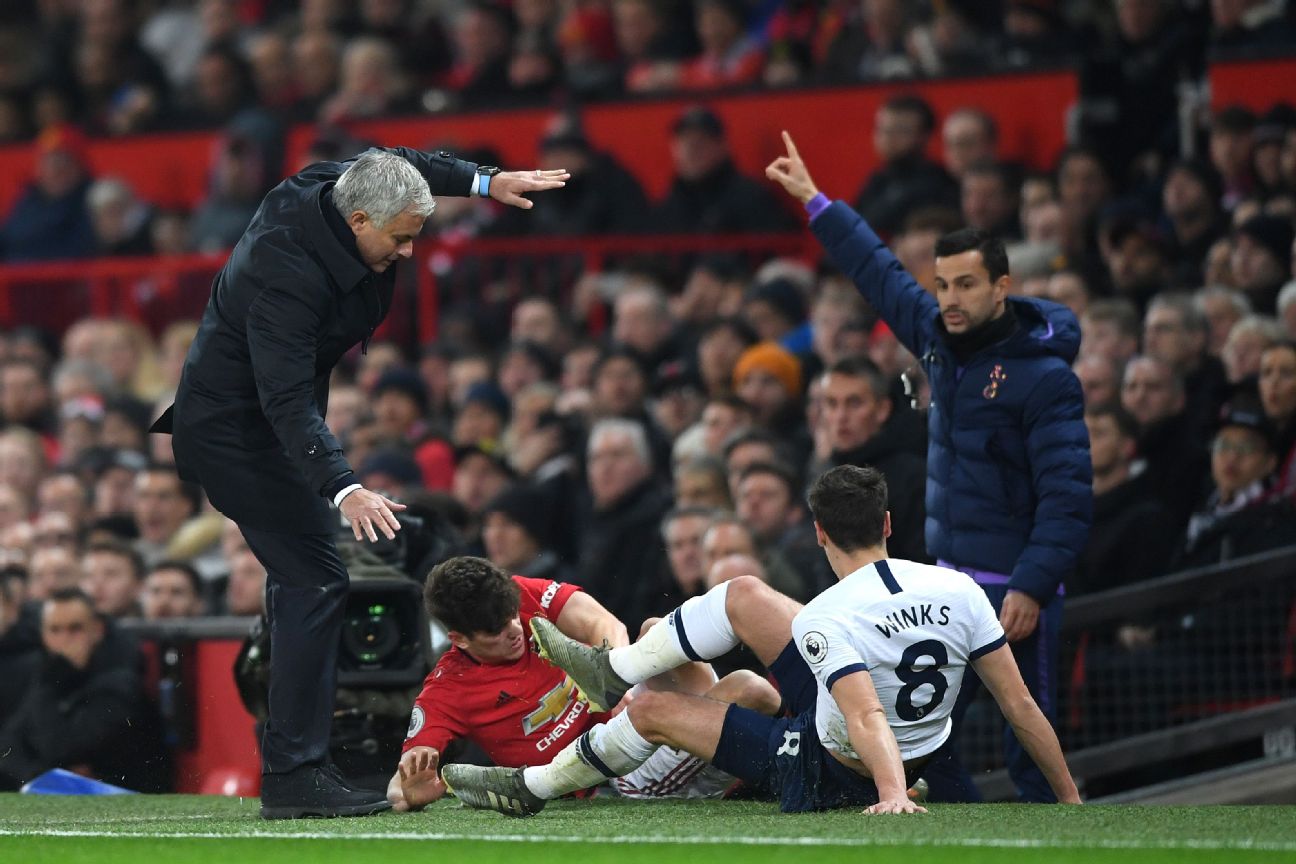 Caught in the wrong place at the wrong time, Mourinho -- who was stood on the edge of his technical area -- was caught by James who unintentionally hit the visiting manager by headbutting his knee.

Solskjaer pats him on the head

There's nothing worse than someone patronising you, is there?

While Marcus Rashford was busy scoring goals to win the game, his brother Dwaine was posting pictures of a sad-looking Mourinho.

At least someone loves him ...

Mourinho superfan Viv Bodycote showed off her new tattoo of the Portuguese manager. Her passion for Mourinho clearly runs deeper than which club he represents.

John Terry was always known as an uncompromising and tough defender during his years at Chelsea and that doesn't seem to have changed.

Now assistant manager at Aston Villa, Terry is bringing his unique brand of aggression to the touchline too.

Chelsea's win over Aston Villa saw him shake (we say shake...) hands with Blues midfielder Mateo Kovacic and, judging from the footage, the Croatian was lucky to escape with his hand still intact.