The 2018 World Cup is just over a month away and all 32 teams are preparing in earnest for their shot at the trophy in Russia. ESPN FC is previewing every team ahead of the opening game on June 14. Find all 32 teams here.

It ended up being the tightest of squeezes for Switzerland, who edged past Northern Ireland in the play-offs with a 1-0 aggregate win thanks to Ricardo Rodriguez's first-leg penalty. The award of that spot-kick was furiously contested, too: it was given for handball by the home side's Corry Evans when the ball had in fact struck his shoulder.

In fairness, Switzerland had ranked highest of the nine second-placed sides in the group stage and were almost unstoppable in the group stage. They entered their final Group B match, in Portugal, with a 100 percent record and had caught the European champions cold with a 2-0 home win early on. But Portugal won all their subsequent games in an otherwise weak group, meaning Switzerland would have to settle for the play-offs if they lost in Lisbon. The Euro 2016 champions avenged that earlier two-goal defeat and progressed; fortunately Switzerland followed them even if it took a slice of luck.

The flanks are Switzerland's most obvious strong point. Serie A pair Stephan Lichtsteiner (the captain) and Rodriguez are both outstanding players and support attacks unstintingly even though the former is now 34. Rodriguez, of AC Milan, has an exceptional left foot that poses a considerable threat both from set pieces and open play.

There is good depth, too: should anything happen to Lichtsteiner then Basel right-back, Michael Lang -- who scored winners against both Manchester United and Manchester City in this season's Champions League -- is no mean deputy. The full-backs combine well with some exciting options further forward: Xherdan Shaqiri will probably start on the right while Hoffenheim's Steven Zuber is a danger on the opposite flank.

An exciting alternative is Basel loanee Dimitri Oberlin, just 20, who received his first national team call-up in March and is blessed with frightening pace.

Where will the goals come from? Switzerland's centre-forward options have largely fallen short in major tournaments but they look likely to start with Haris Seferovic, who hasn't pulled any trees up with Benfica this season, leading the line again. Seferovic did score a winner against Ecuador at the 2014 World Cup but drew a blank at Euro 2016 and falls short of the quality needed to provide a reliable cutting edge.

Josip Drmic, of Borussia Monchengladbach, is a more natural finisher but has played little football this season while Breel Embolo -- still a huge prospect at 21 years old -- has had a difficult season with Schalke and is yet to hit consistent form. Mario Gavranovic, who plays in Croatia for Dinamo Zagreb, is the only striker scoring consistently but there is no real indication that he can make the difference at a World Cup.

Attacking midfielders are arguably the most valuable players in football these days and Switzerland's fortunes in Russia may depend directly on how well Xherdan Shaqiri fares. It has been a difficult season domestically for the Stoke schemer, due to their relegation from the Premier League rather than any particularly poor personal form, and he will need to clear his head quickly.

It is startling to remember that Shaqiri, who had won 68 caps before the pre-tournament friendlies, is still just 26: he has been his country's most important creative force this decade and has delivered at major competitions before, memorably scoring a stunning bicycle kick from 18 yards in the Euro 2016 draw with Poland. More of the same will be needed in a side that, while capable of playing attractive football and possessing a range of attacking options, lacks genuine top-drawer talent elsewhere.

Shaqiri, who would do his hopes of joining a bigger club next season no harm with a strong World Cup display, could hold the key to a successful tournament. 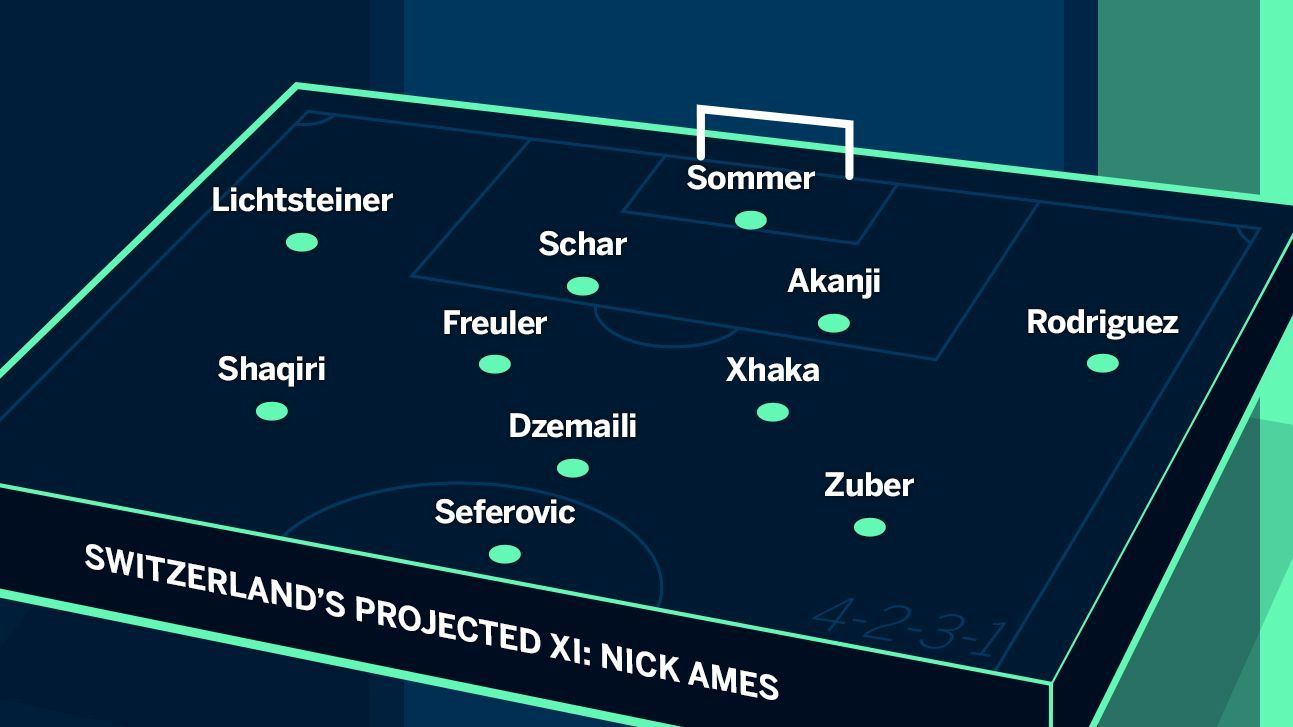 "Costa Rica and Serbia are two teams we can defeat... and if everything goes to plan, then we would probably meet Germany in the round of 16." -- Blick, Swiss newspaper 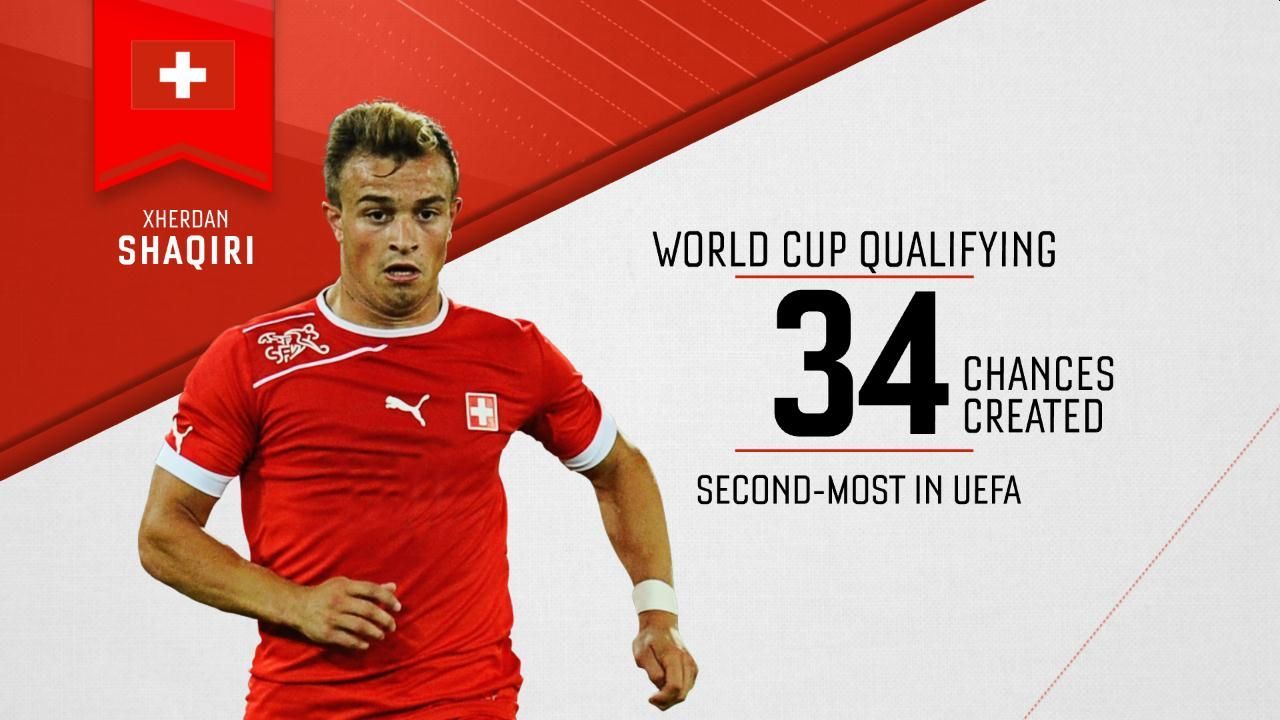 Switzerland's second game, against Serbia, already has a "showdown" sort of feel to it. The battle will probably go to the wire but Petkovic's team will fall just short of the runners-up spot and that likely clash with the Germans.