Tottenham Hotspur got their 2020-21 Premier League season up and running on Sunday with a free-scoring 5-2 victory at Southampton that was spearheaded by Son Heung-Min.

On a weekend that saw the Premier League peppered with 39 goals across eight games, Spurs matched Saturday's contribution from Everton (who beat Spurs 1-0 in their opening game of the season) by adding five to the overall tally.

Not content with his record-setting support play, Kane then also managed to get on the scoresheet and flesh out the rout by adding a fifth goal for Spurs in the latter stages.

But the day belonged to Son, who became the 28th player in Premier League history to score four or more goals in a single match, joining some illustrious company and a few unlikely names. 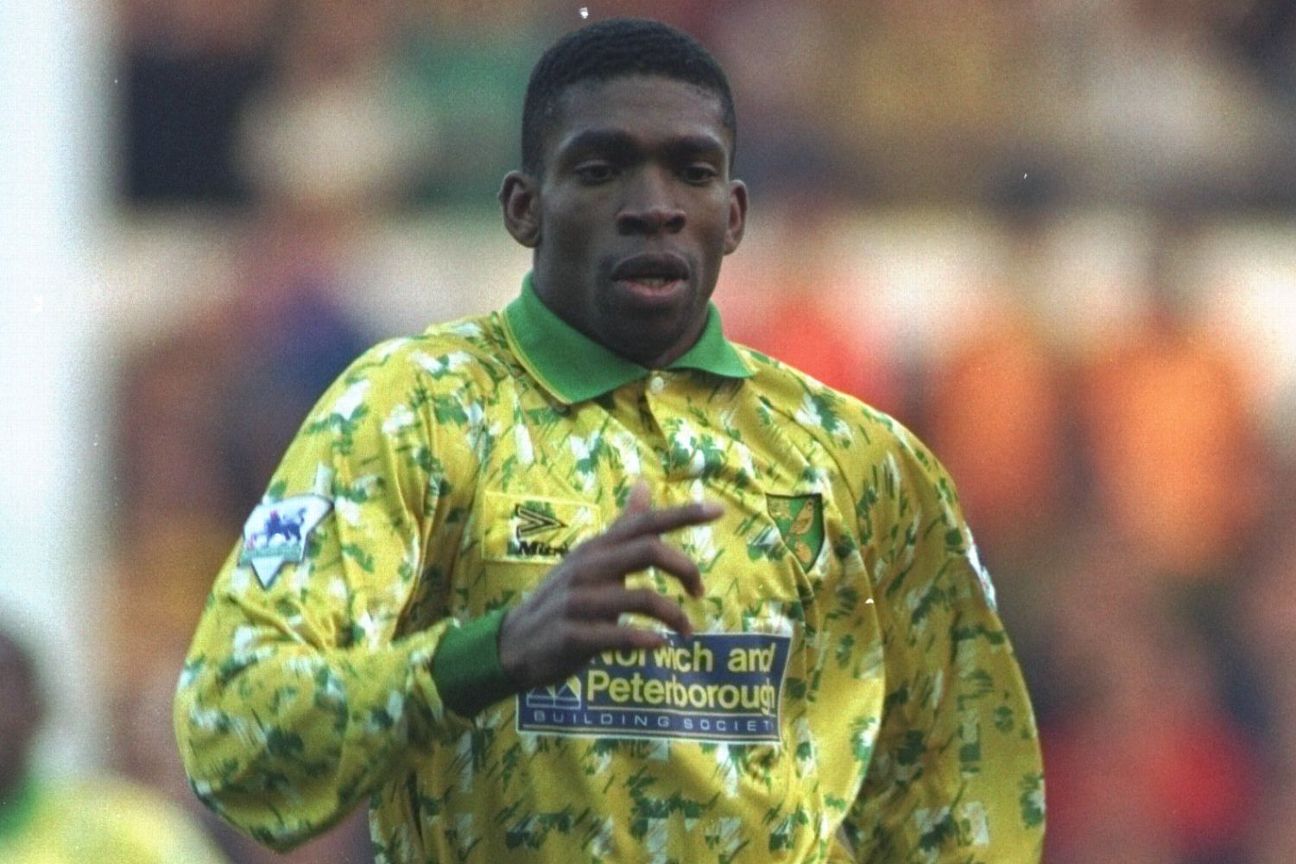 Norwich striker Ekoku was the first player to score four goals in a game, in the Canaries' emphatic 5-1 win over Everton at Goodison in September 1993.

Remarkably, it took just 25 minutes for the Nigeria international to complete his haul, netting the classic combo of left foot/right foot/header before adding another with his left for luck.

Ekoku held the Premier League record for most goals in a game for 18 months before it was broken by Cole, who went one better by scoring five for Manchester United in a 9-0 drubbing of Ipswich Town in March 1995.

Cole is one of the few Premier League players to have passed the four-goal mark on more than one occasion having also netted a quartet for United in a 5-1 demolition of his former club Newcastle in March 1999.

An instant classic was created between @Boro and @LFC in 1996 pic.twitter.com/L1sRHEc0zd

Another all-time great striker to have scored four goals in two different games, Liverpool legend Fowler did it first in a 5-2 win over Bolton in September 1995 and then repeated the feat in a 5-1 landslide win over Middlesbrough in December the following year. 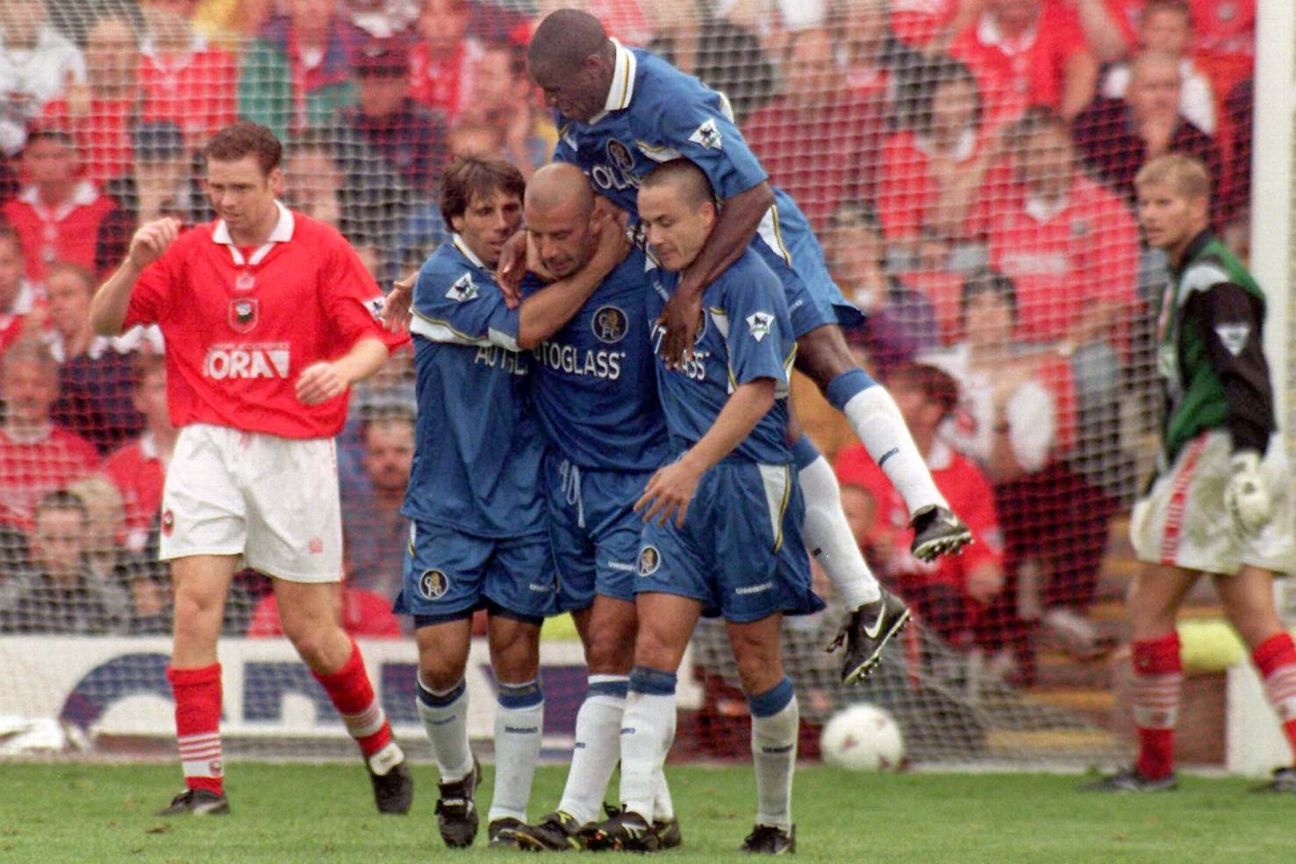 Vialli struggled to maintain a first-team spot at Chelsea under manager Ruud Gullit, but the Italian veteran did occasionally remind everybody of his credentials -- like his four-goal blitz in a 6-0 victory over Barnsley in August 1997. He became the Blues' player-manager the following year.

With relegation-threatened Spurs having fallen behind at Selhurst Park in their penultimate game of the 1997-98 season, Klinsmann stepped up to the plate and blasted home four unanswered goals to help power his side to a 6-2 comeback win -- thus securing Premier League survival. 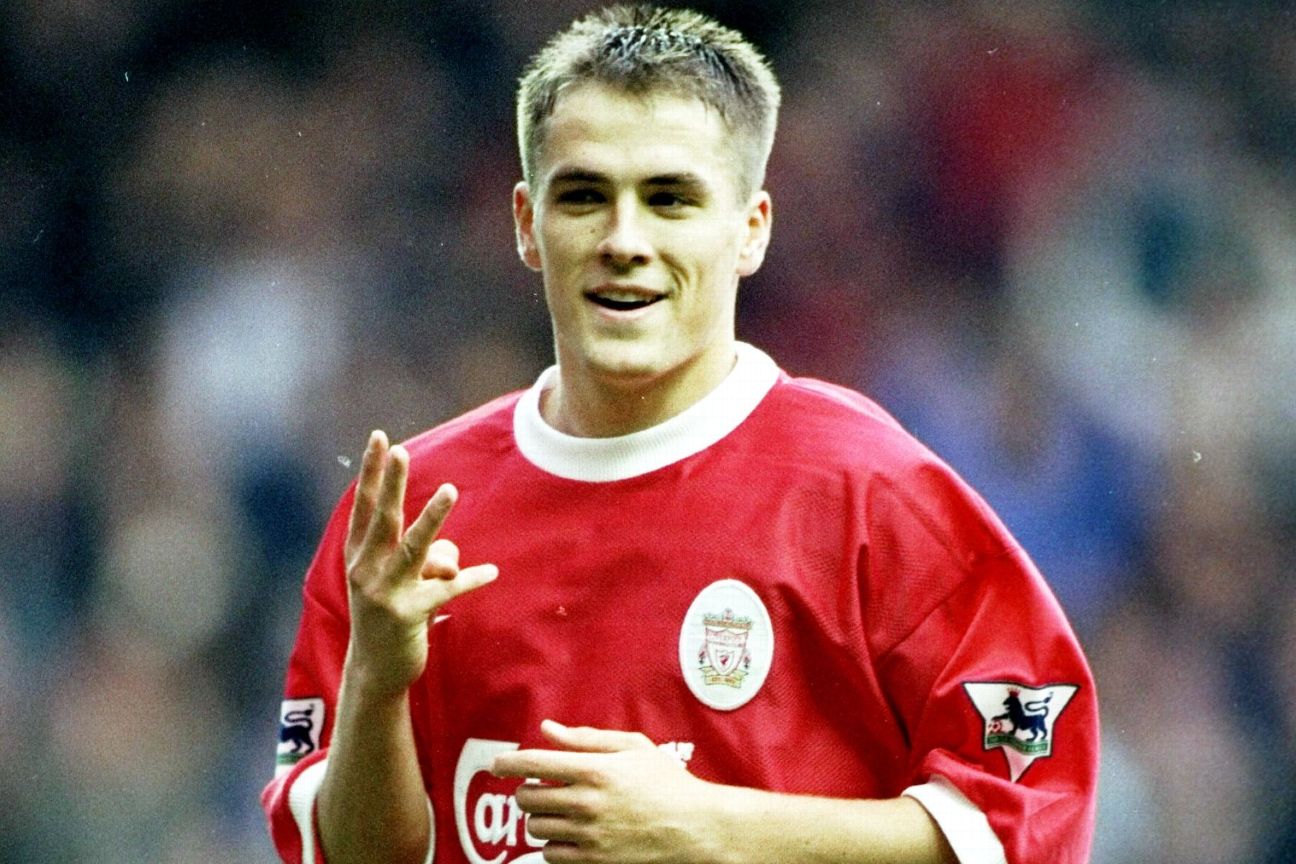 Owen was still a teenager when he scored four goals in a Premier League game for the first time, taking centre-stage for Liverpool in a 5-1 win against Nottingham Forest in October 1998.

Five years passed before he managed it again, this time in a 6-0 win for the Reds over West Bromwich Albion at The Hawthorns in April 2003 in which he registered his 100th goal for the club.

More generous defending from Nottingham Forest allowed Solskjaer to net four times in the space of just 10 minutes after coming on as a late substitute in Manchester United's jolly 8-1 jaunt at the City Ground in February 1999 -- still the most goals scored by a sub in a Premier League match.

The Baby-Faced Assassin then did it again in a riotous 5-1 win over Everton in December 1999, scoring twice either side of half-time to send United back to the top of the table.

8️⃣ for @NUFC
🖐 for @alanshearer

It's probably not much of a surprise to find the Premier League's all-time highest goal-scorer on this list, with Shearer banging home five goals in an 8-0 victory for Newcastle over Sheffield Wednesday in September 1999.

The Toon were bottom of the league going into the game but Sir Bobby Robson's emotional return to St James' Park certainly provided the spark they needed to turn things around. 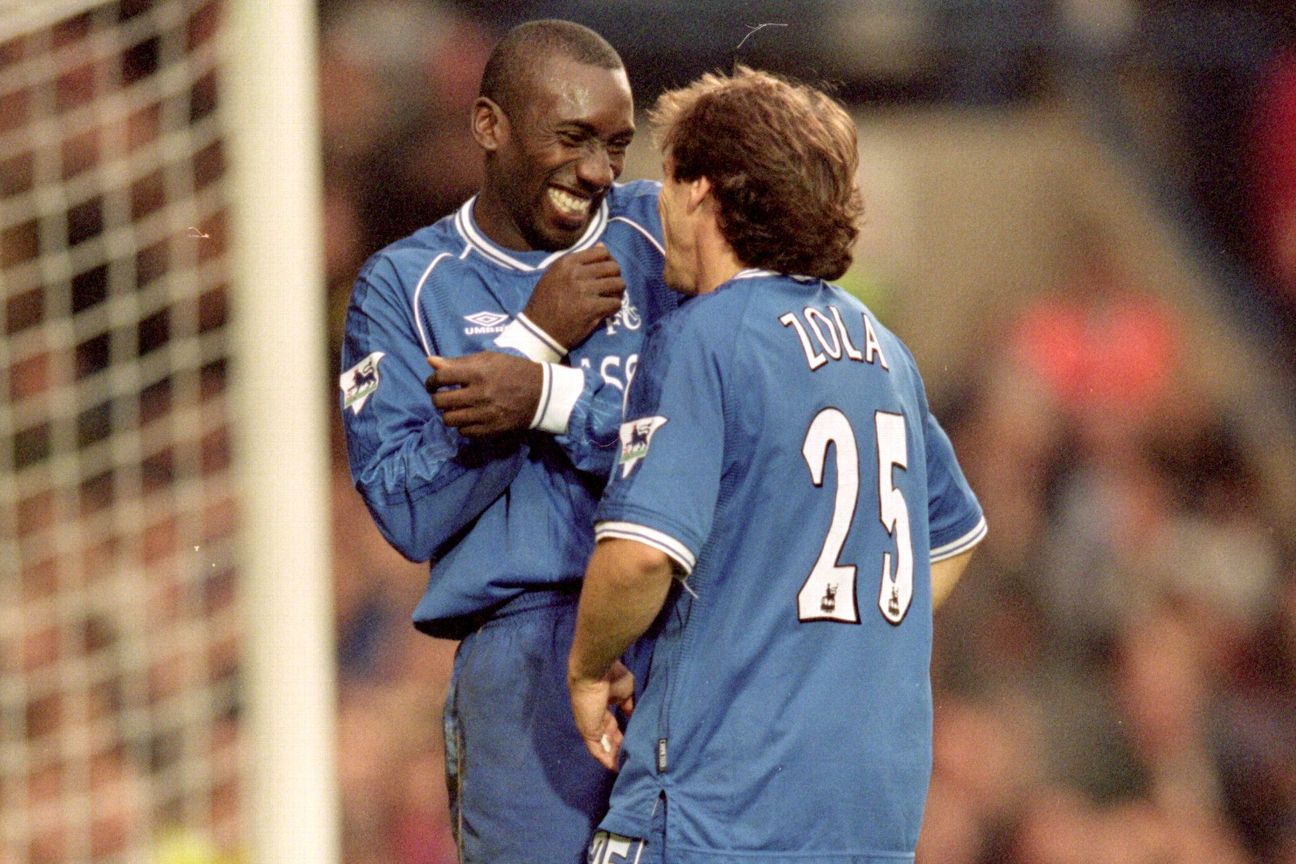 Hasselbaink almost single-handedly destroyed Coventry with four goals in a 6-1 devastation at Stamford Bridge in October 2000.

It probably didn't help that the Sky Blues had their goalkeeper -- a 19-year-old Chris Kirkland -- sent off in the opening stages.

After falling two goals behind very early at Elland Road, Viduka put in a virtuoso performance and scored all four goals in Leeds' stunning 4-3 comeback win over Liverpool in November 2000.

His haul of 175 goals in the Premier League including seven hat tricks, but only once did Henry go one better and score four times in a game.

That came at Highbury in April 2004 as the "Invincibles" spanked Leeds to the tune of 5-0 on their unbeaten march toward the 2003-04 title. 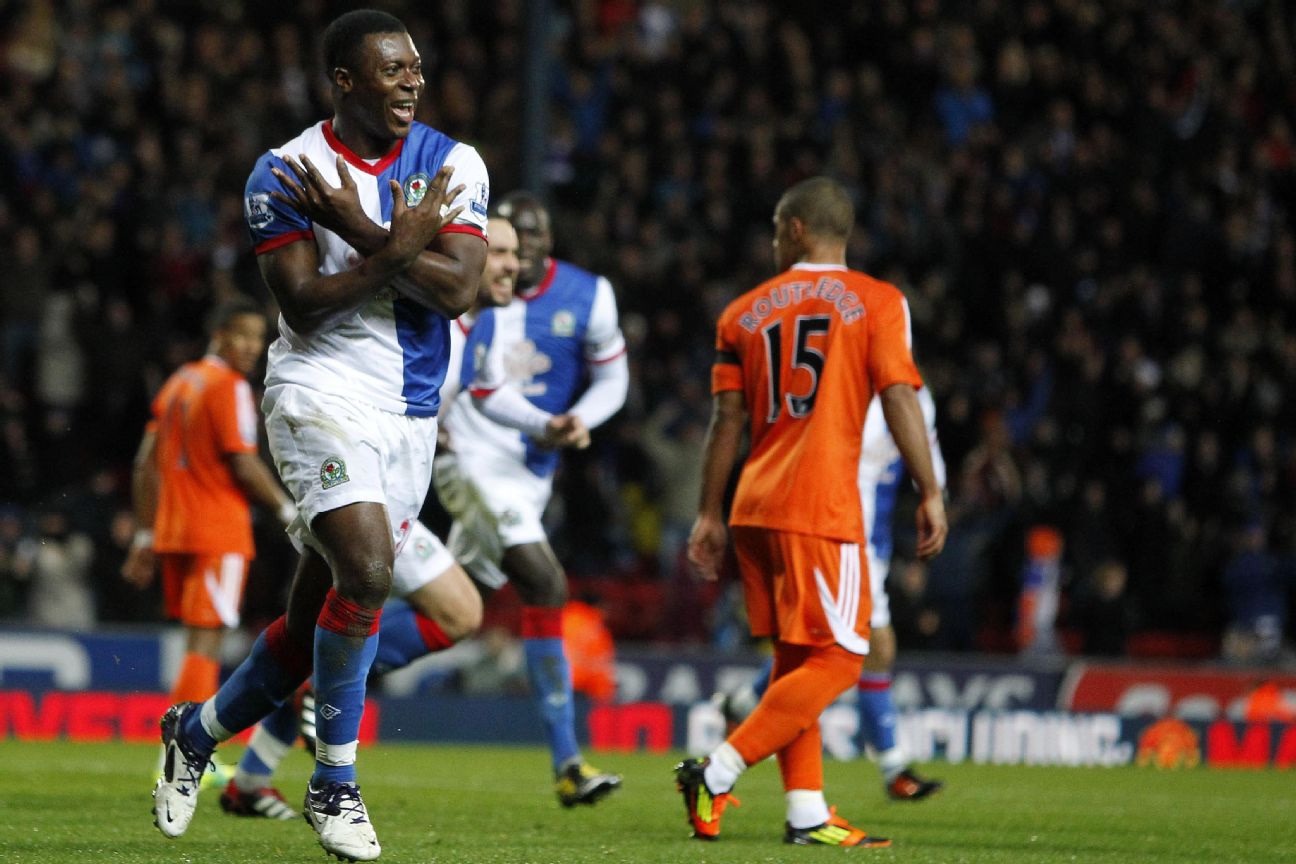 Another member of the exclusive "2 x 4" club, Yakubu managed to score four goals twice in the Premier League -- once for Portsmouth (in a 5-1 win against Middlesbrough in May 2004) and once in Blackburn colours (in a 4-2 win over Swansea in December 2011).

Dimitar Berbatov has announced his retirement 😢

We will never forget his legendary finishing in the #PL, including this 5⃣ -goal haul for @ManUtd against Blackburn 🤩 pic.twitter.com/0Rzg4efUy9

Berbatov first scored four goals in a game during Tottenham's frenzied 6-4 win over Reading in December 2007.

The silky Bulgarian had left for Manchester United by the time he did it again, this time helping himself to a five-goal haul in the 7-1 humbling of Blackburn meted out in November 2010.

The first of only two central midfielders on this list, Lampard ended up as Chelsea's all-time record goal scorer by the time he retired -- scoring four goals in a single game on two different occasions for the club.

He netted his first foursome in a 6-1 trouncing of Derby County in March 2008, and then followed suit with another two years later during a hefty 7-1 pummelling of Aston Villa.

Speaking generally, Arshavin didn't really offer as much as he originally promised in an Arsenal shirt over the course of his four-year stay.

However, few fans will ever forget the Russia forward's astonishing four-goal tour de force (from four shots on target) for the Gunners in that incredible 4-4 duel with Liverpool at Anfield back in April 2009.

4⃣ for Keano against Burnley in 2009! #COYS pic.twitter.com/8JTuOp5a0n

Keane was truly unstoppable as he rattled off four goals for Tottenham in their 5-0 win over Burnley at White Hart Lane in September 2009.

Defoe is one of the rarified five-member club to have scored five goals in a single Premier League game, with the Tottenham striker doing so in a 9-1 obliteration of poor Wigan Athletic in November 2009.

The flurry of goals also included a seven-minute hat trick which still stands as the third quickest in Premier League history.

We face Hull next - @WayneRooney scored all the goals in a 4-0 win over them on this day in 2010! #MUFC pic.twitter.com/Qm7R8YsgNr

Rooney scored all four goals in Manchester United's 4-0 win over Hull City in January 2010. His first goal came just seven minutes after kick-off but the United forward then waited until the final eight minutes of the match to finish the Tigers off by scoring another three in quick succession.

With both Everton and Blackpool both woefully out of form in February 2011, it was the former who eventually capitalised on a rollercoaster afternoon at Goodison -- Saha scoring four times in a lively 5-3 victory.

A mesmeric four-goal turn from Dzeko saw City emerge from White Hart Lane with a 5-1 win in August 2011 with their flawless start to the season intact.

With 12 goals in six appearances, Suarez definitely enjoyed playing against Norwich during his Liverpool days.

The Uruguayan's most prolific night's work came in December 2013, when he scored four goals at Anfield with a thundering 45-yard lob of Canaries goalkeeper John Ruddy undoubtedly the pick of the bunch.

Aguero is the only player in Premier League history to have scored more than four goals on three separate occasions.

Firstly, the Argentina striker helped himself to all four goals in a 4-1 win over Tottenham in October 2014 and secondly, he also scored four times in a 6-1 rinsing of Newcastle the following year.

Last but not least, Aguero saw fit to pitch in with four second-half goals in City's 5-1 tanking of Leicester City in February 2018. 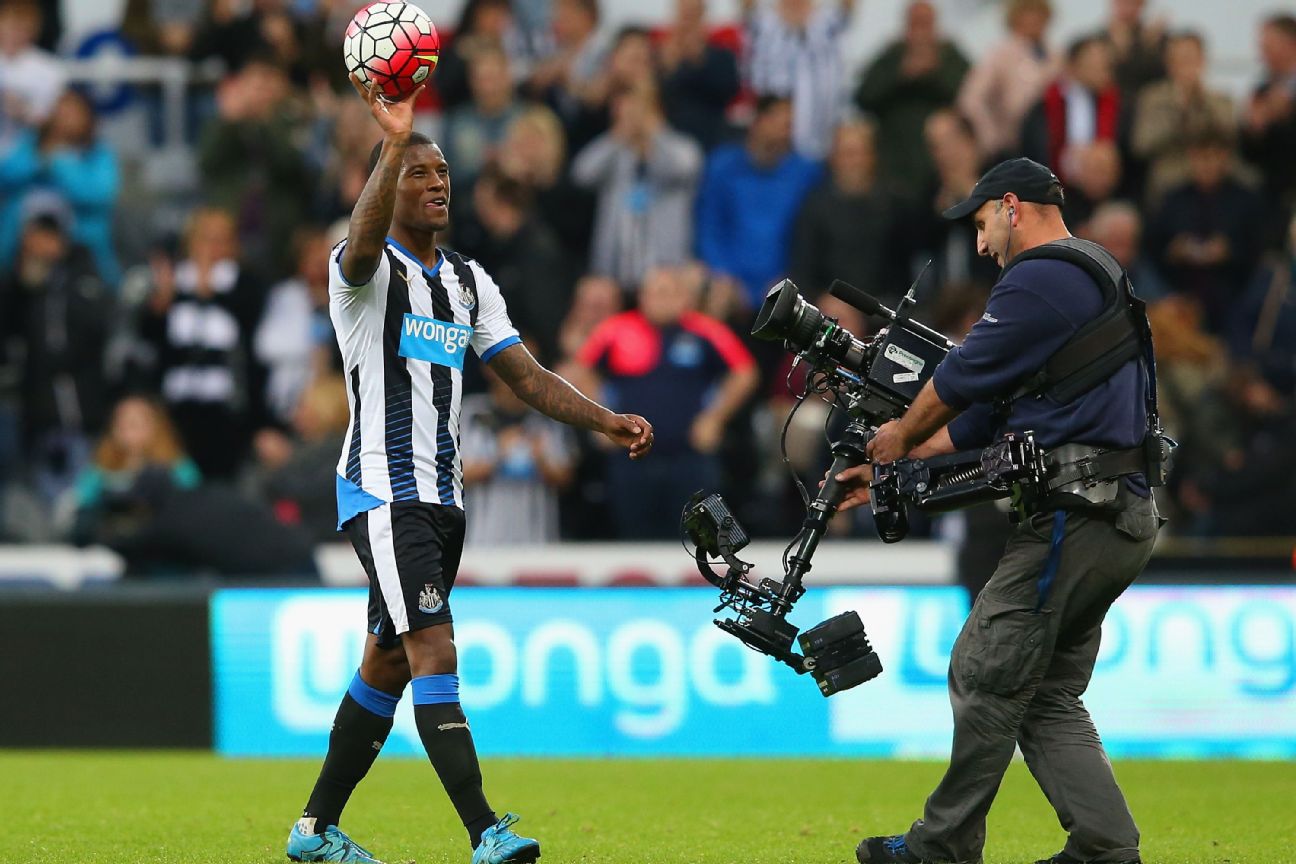 The only other midfielder on the list after Lampard, Wijnaldum scored four goals for Newcastle in a 6-2 win over Norwich in October 2015.

Everton and Bournemouth played out a nine-goal thriller at Goodison in February 2017, with Lukaku scoring four for the home side in a 6-3 victory -- the first coming after just 30 seconds and the last coming in the 84th minute.

He may have been providing the assists at the weekend but Kane is already a fully paid-up member of the four-goal club, having achieved the feat in Tottenham's 6-1 win over Leicester back in May 2017.

Salah played a part in all five of Liverpool's goals as his side thrashed Watford 5-0 at Anfield in March 2018.

The Egypt forward scored twice before half-time, set up Roberto Firmino for the Reds' third goal and then added two more late on to complete the rout.

It's just a shame there were no fans in the stadium to witness it.

Safe to say Jose was impressed with our No.10! 😄#THFC ⚪️ #COYS pic.twitter.com/quYQDPk5Ju

And so we reach the latest addition to the list, with Son sticking away four goals in Tottenham's 5-2 win over Saints on Sunday.

Sadly, it wasn't quite enough to earn a "man of the match" nod from his manager, with Jose Mourinho instead plumping for Kane.