RB Leipzig's Champions League dream may have been ended by Paris Saint-Germain but at least their coach, Julian Nagelsmann, looked sharp on the way out.

On the biggest night of his fledgling managerial career thus far, Nagelsmann turned up to Tuesday's semifinal dressed for the occasion. The German coach wore a snug-tight grey suit with a pattern that eludes description, dark blue shirt and tie and a pair of buckled plimsolls (without socks, naturally).

Nagelsmann, 33, then had to watch on from the sidelines as his side were unable to replicate his style on the pitch, and they were soundly beaten 3-0 in Lisbon by Neymar, Kylian Mbappe and Co.

However, when it came to truly unparalleled sartorial elegance, there was only one winner on the night. 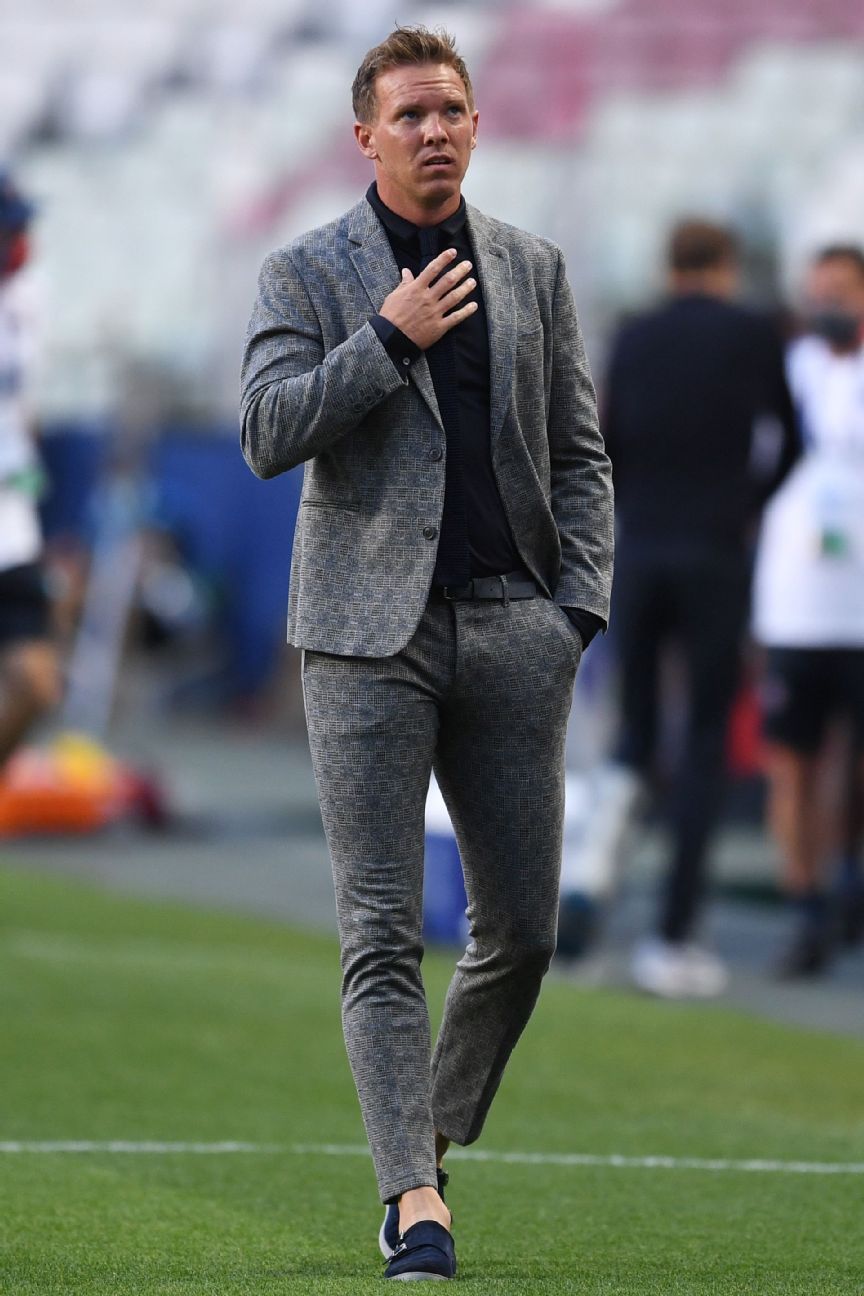 Inspired by Nagelmann's fashionable flourish, allow us to present you with some of the more eye-catching suits to have graced the beautiful game. 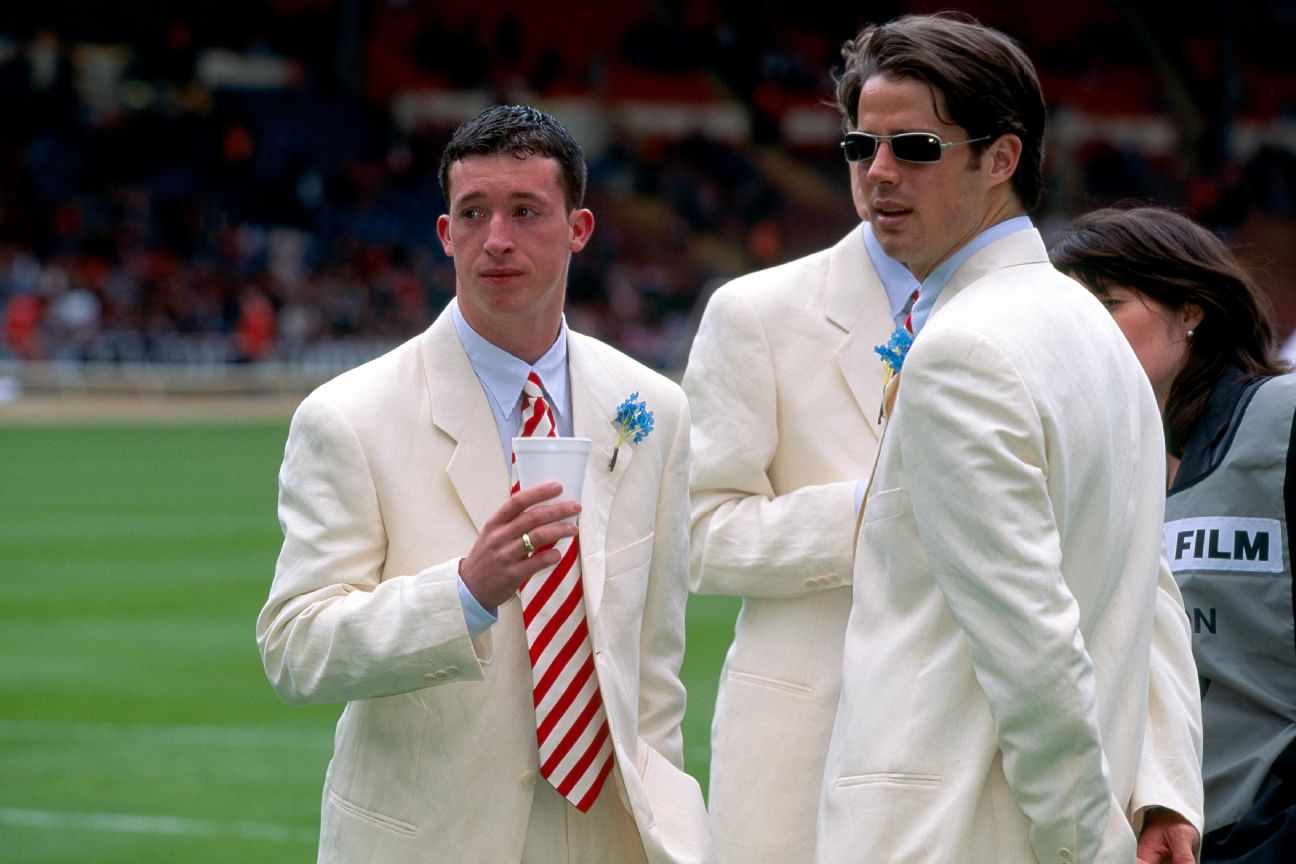 The infamous ecru Armani suits worn by the Liverpool squad ahead of the 1996 FA Cup final against Manchester United cemented their "Spice Boys" nickname -- though in actuality they resembled a group of well-heeled ice-cream men mingling on their annual summer excursion. 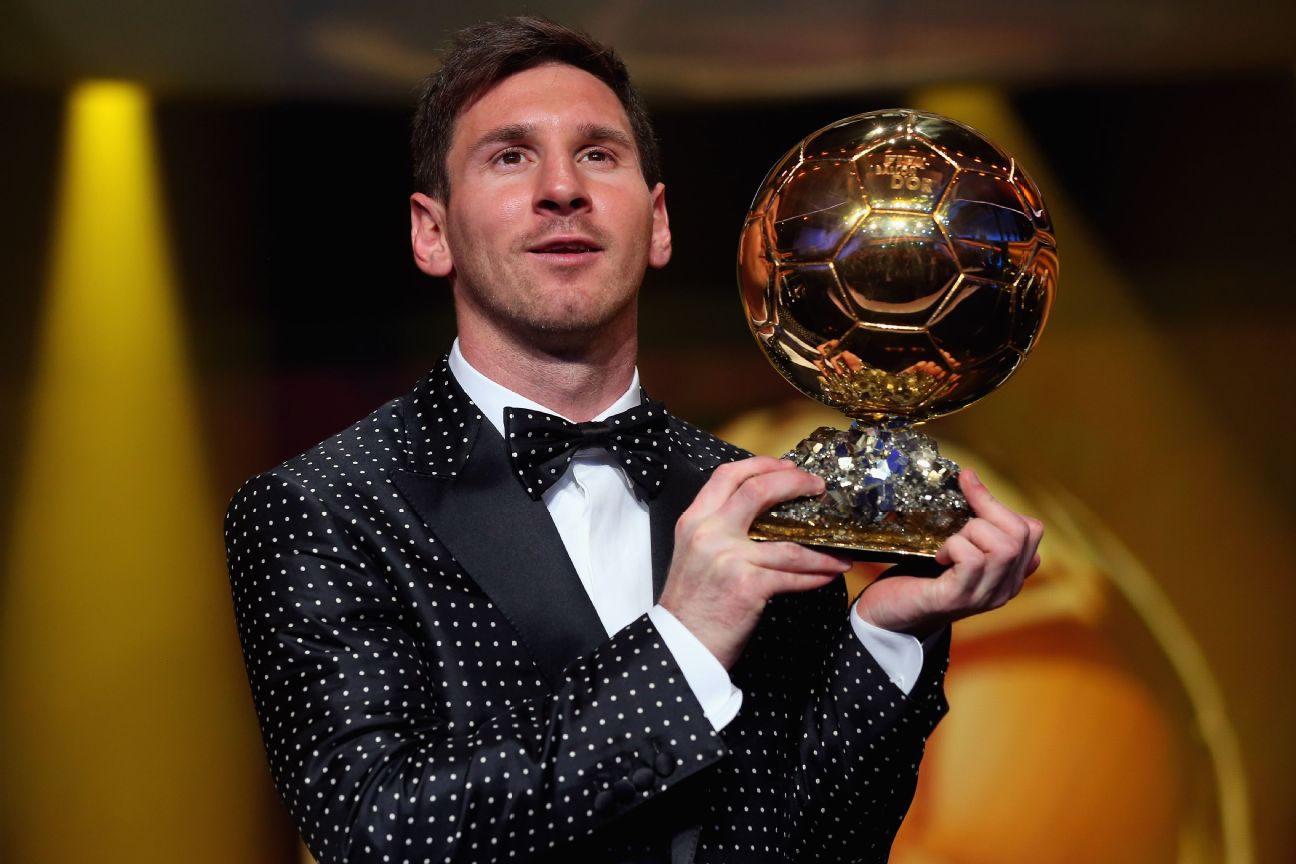 Barcelona star Messi has blessed the Ballon d'Or gala with an array of questionable rigs over the years (including a couple of purple offerings) but the finest must surely be the polka-dotted tuxedo he wore to the 2012 show. 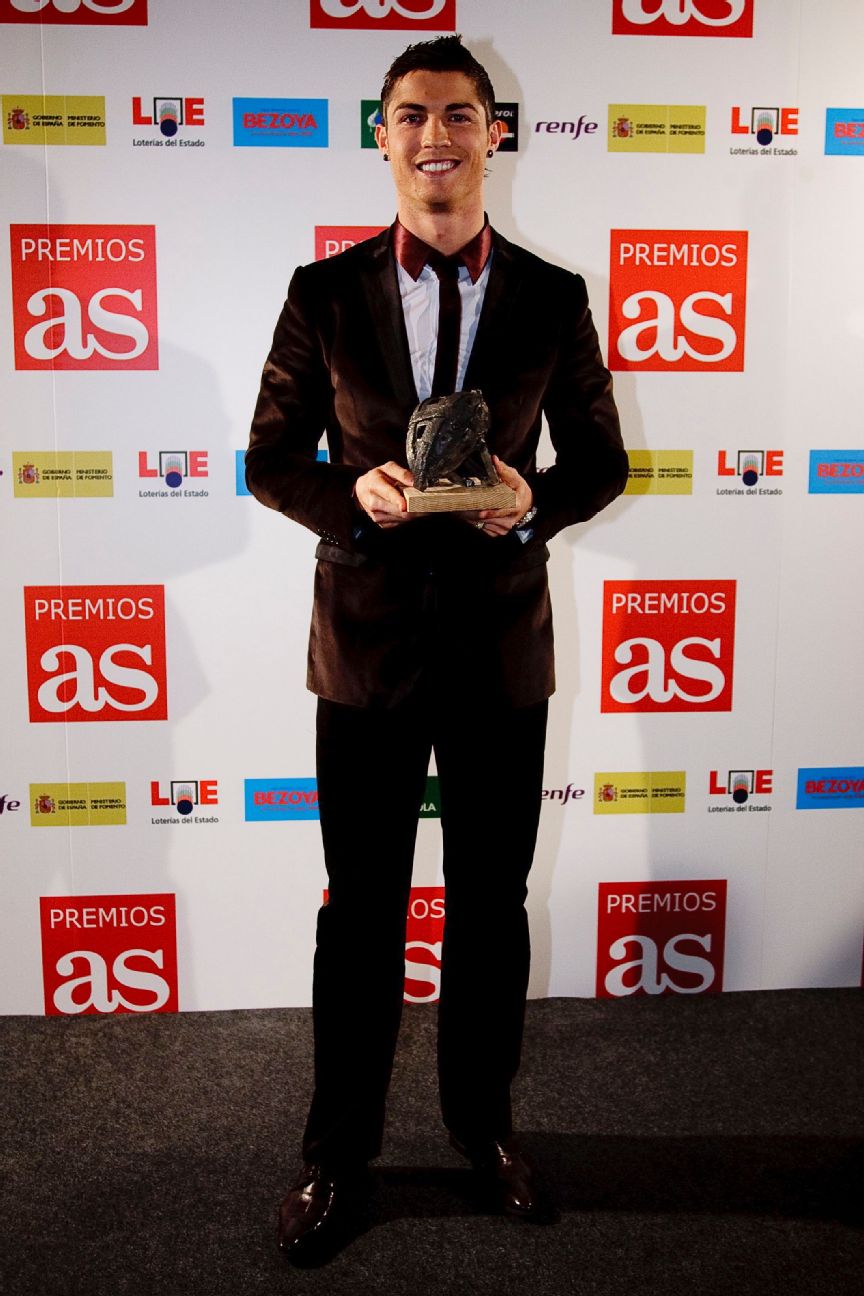 Messi's eternal rival has also dabbled in his fair share of snazzy suits too, including this off-kilter maroon velour outfit worn to collect his AS del Deporte award in 2009. 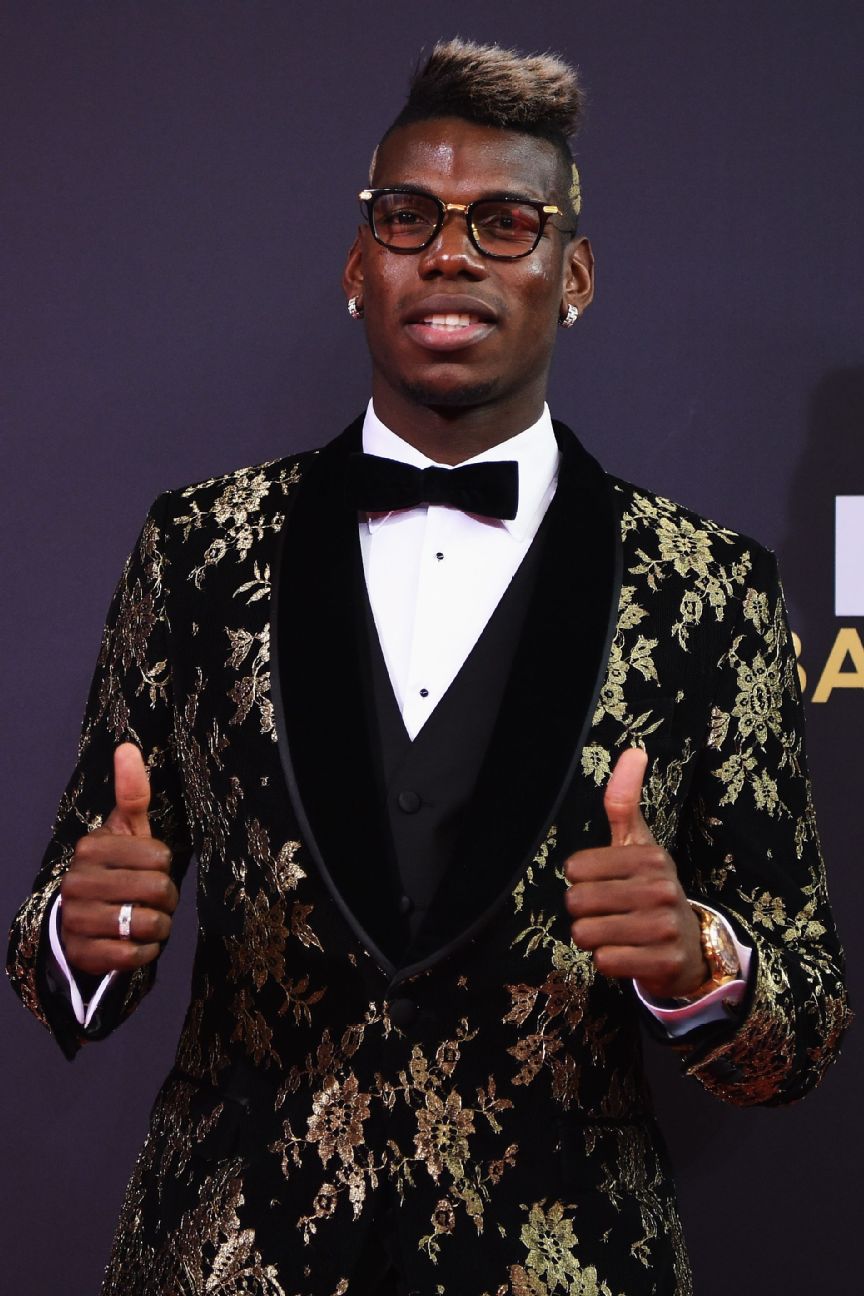 No stranger to luxurious velvet, Pogba lit up the 2015 FIFA Ballon d'Or gala with this suitably ostentatious gilded tux jacket which he expertly paired with matching hair. 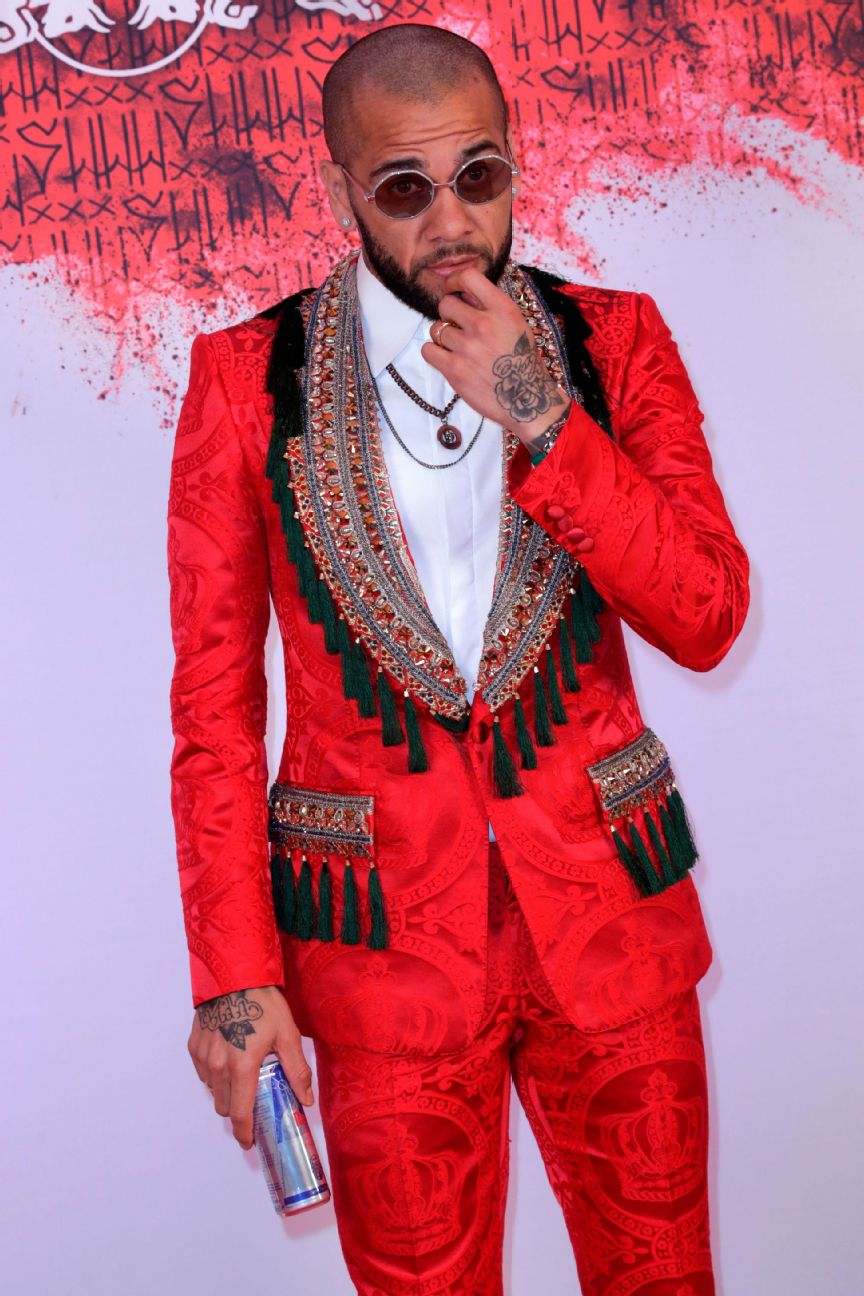 Alves is clearly a man who wears whatever he likes, whenever he likes -- be it studded leather jackets, pirate britches, high-fashion gem-studded loafers or, as in the case of Neymar's birthday party last year, bright red designer silk suits fringed with tassels and ornate beads. 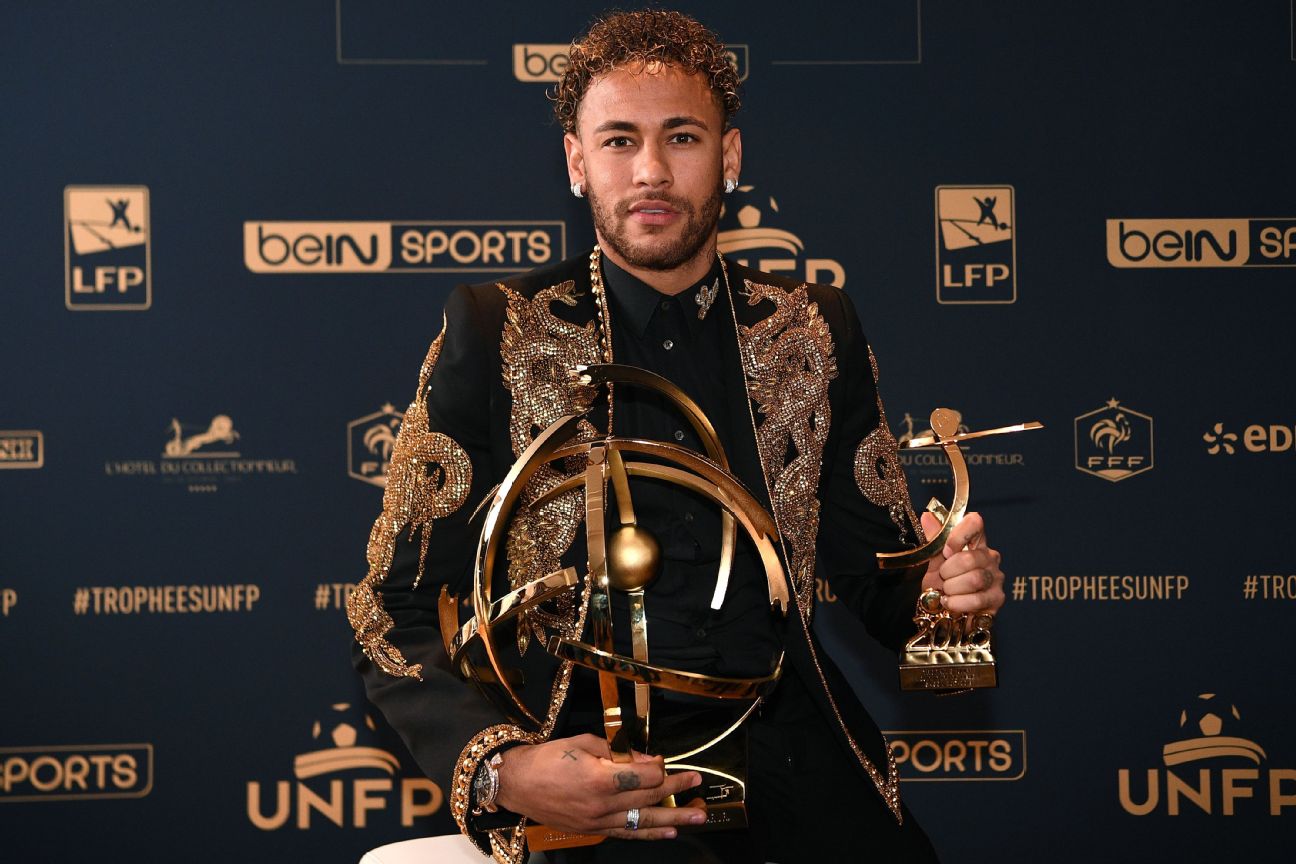 Not to be outdone by his Brazil colleague, Neymar opted to accentuate his Ligue 1 Player of the Year award by wearing a garish blazer dripping in sparkling gold embellishments to collect it. 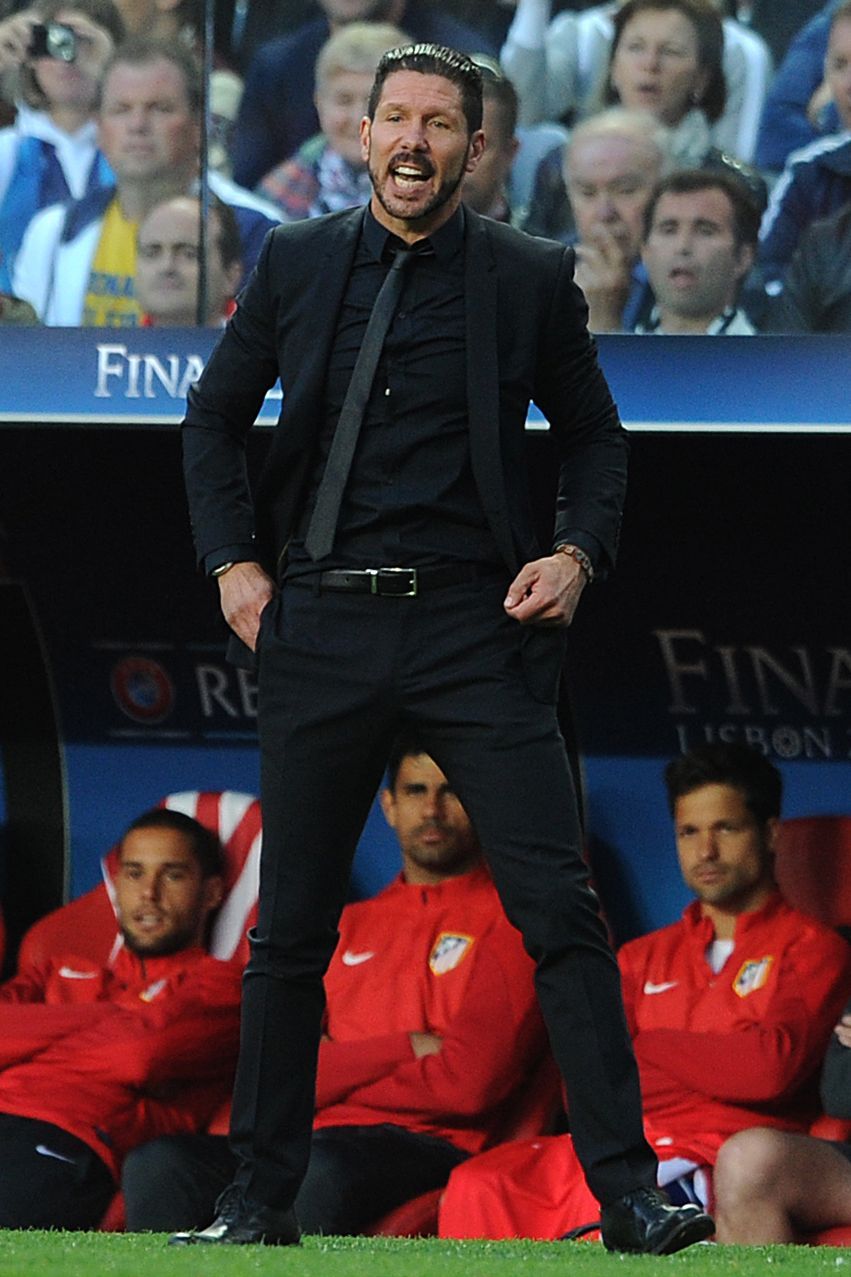 The mere sight of Atletico Madrid coach Simeone stalking the touchline, dressed head to toe in his menacing trademark all-black outfit, is enough to strike fear into the hearts of even the stoutest opposition player. 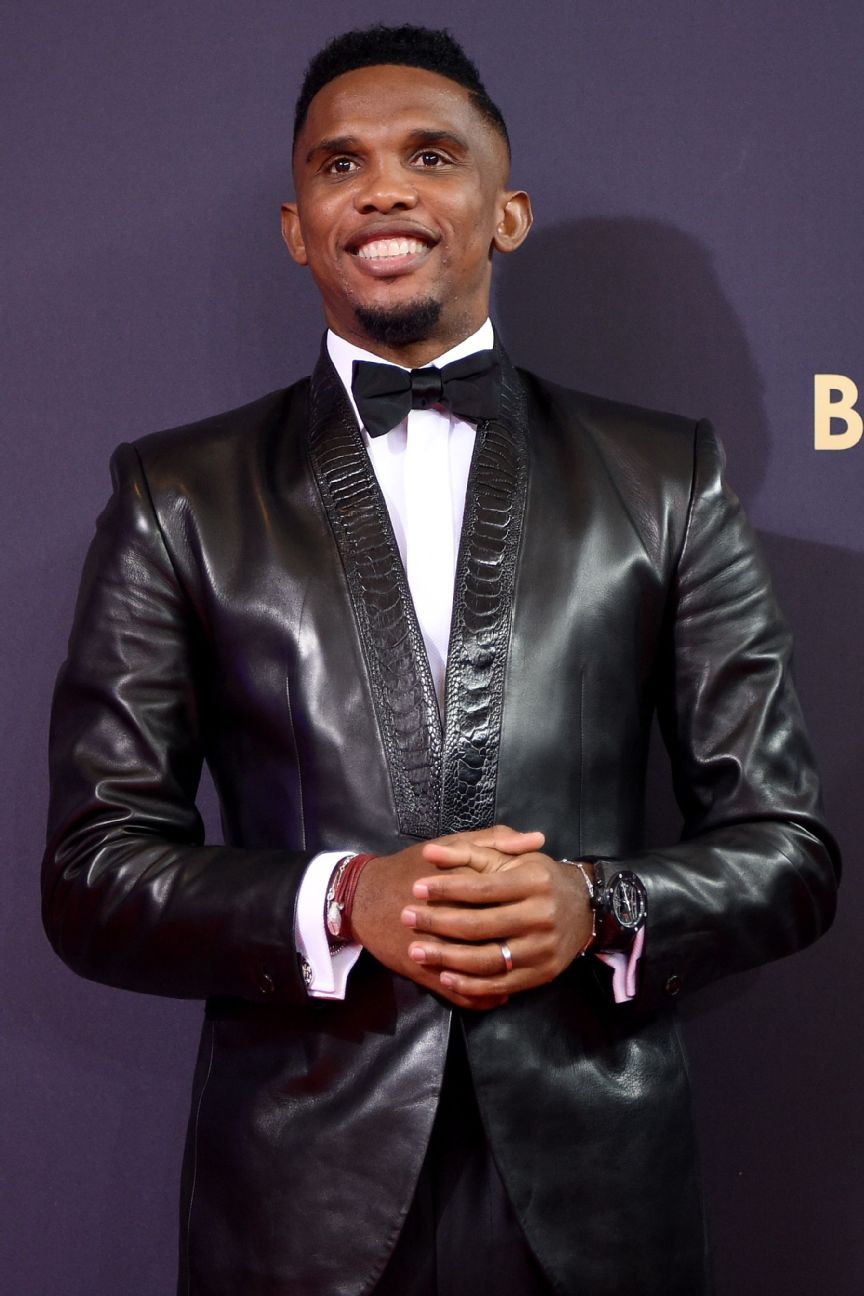 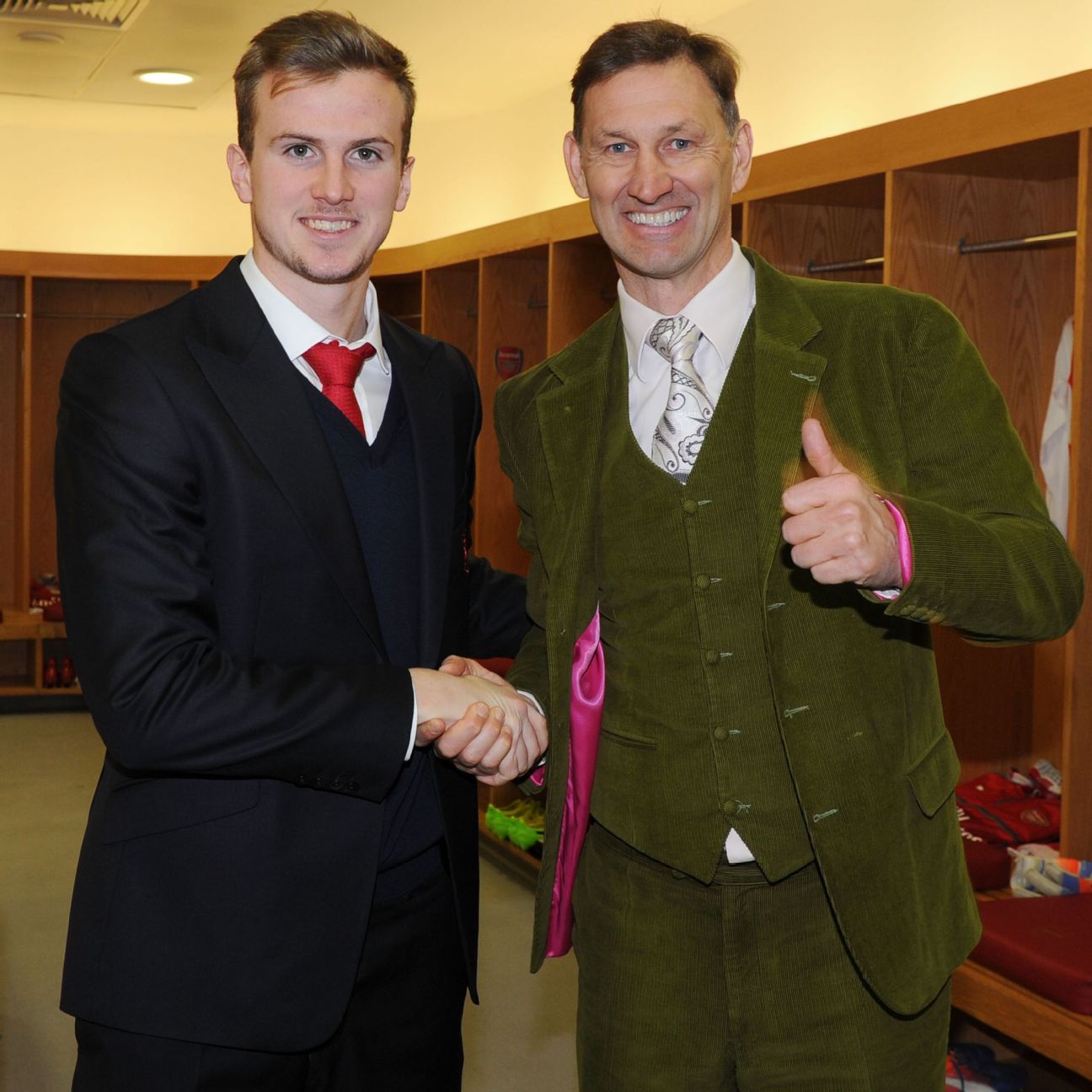 Former Arsenal captain Adams regularly steps out in a variety of vivid two and three-piece ensembles, but the gaudy olive corduroy suit with pink lining that he wore to meet Rob Holding in 2017 remains a stand-out effort.