Manchester United have unveiled the new away shirt they will be wearing on their travels for the 2020-21 season and have, appropriately, sent their stars on the road for the launch.

It may look pitch black in some of the promotional images but the shirt is actually a very dark shade of green ("legend earth green," according to manufacturers Adidas) and boasts a subtle pattern made up of hand-drawn and painted flecks.

The moody palette and hand-drawn pattern is offset by a startling white trim, with the whole thing apparently created in homage to United's hardy away fans and the sense of camaraderie they share.

As a further nod to the club's travelling contingent, the new shirt has been revealed using an array of transport as used by supporters to reach opposing stadiums around the country.

We can only imagine this is the first and only time that Bruno Fernandes has boarded the 255 bus from Piccadilly station to Old Trafford. 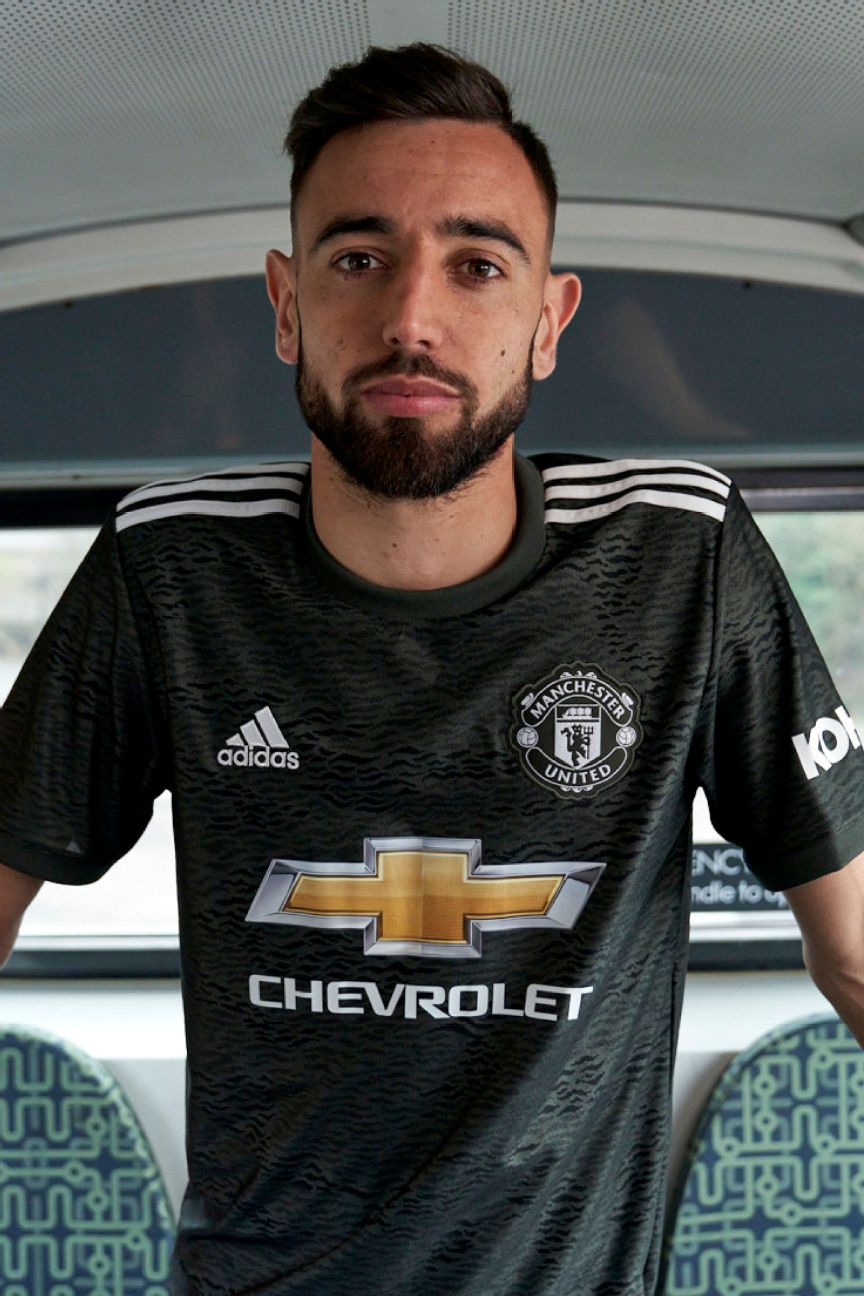 Stars of the club's women's team including Millie Turner, Ella Toone, Jess Sigsworth and Katie Zelem were also given a System One Travel card and headed for the top deck. 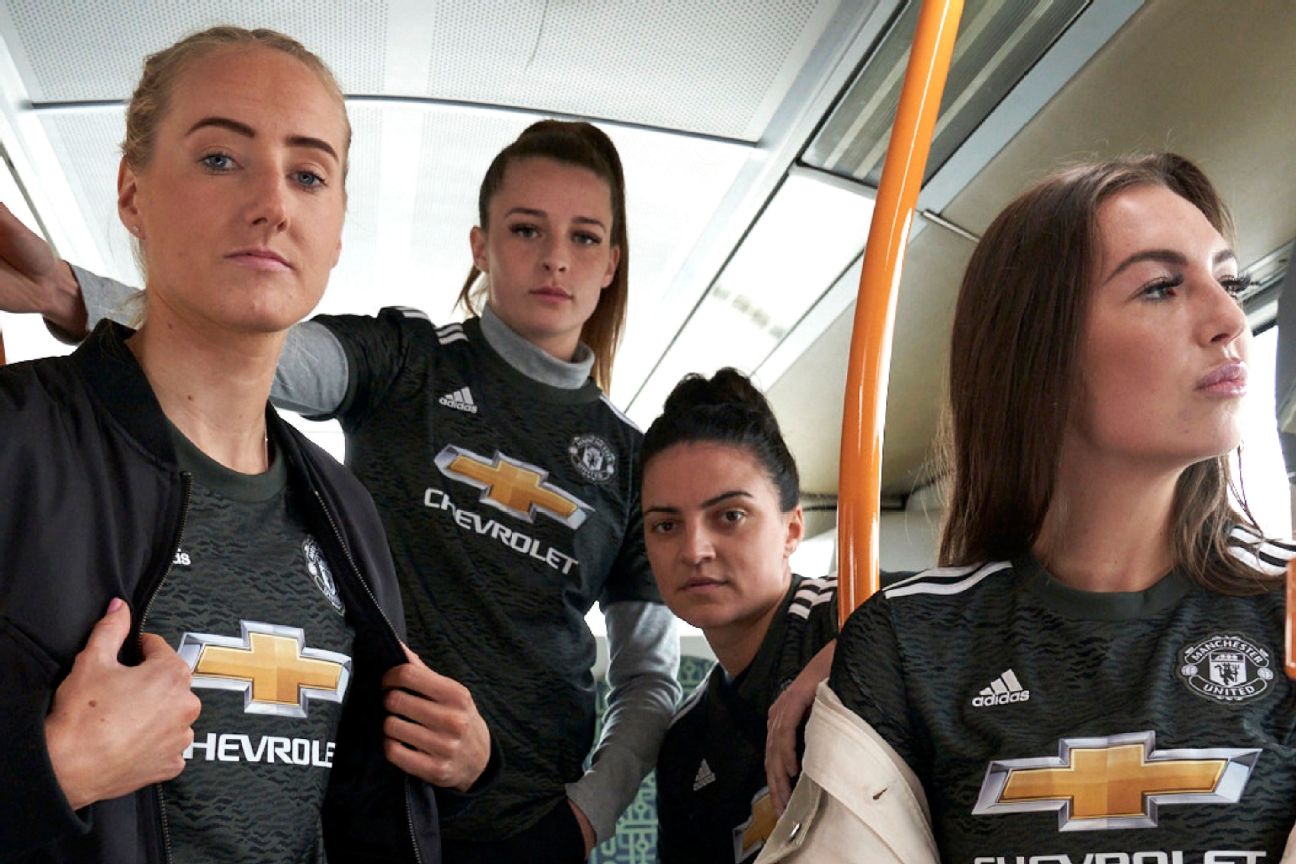 While Aaron Wan-Bissaka modelled his new shirt in a dimly-lit stairwell at a Metrolink tram stop. 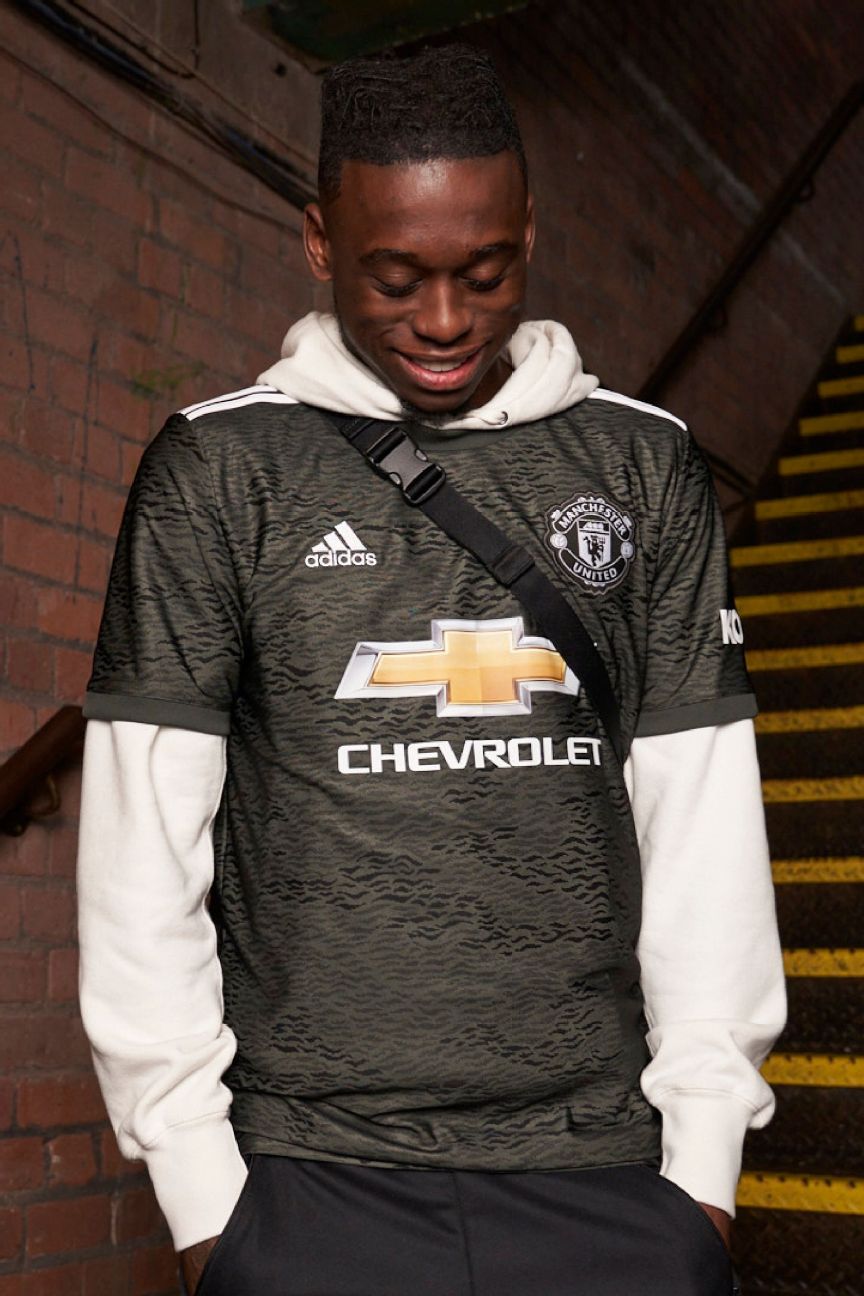 United will wear their new away kit for the very first time when they face Sevilla in their Europa League semifinal in Cologne, Germany, on Sunday.

Indeed, the Spanish club rather ruined the surprise earlier this week when they published an official UEFA kit list for the match on their website, thus revealing United's new jerseys several days ahead of launch.