Premier League leaders Liverpool returned from their winter break in high spirits and with a new look, too...

Jump to: Arsenal enjoy pranks and camel rides on winter break | Neymar shows off ANOTHER new hairstyle after revealing he models himself on Beckham

Back in action this weekend, the Liverpool squad returned to the daily grind following their winter mini-break.

With a game against Norwich coming up, Jurgen Klopp and his merry band of runaway Premier League leaders reconvened at Melwood -- and morale looked understandably high.

In fact, there appeared to be a huge smile on just about everybody's face despite the temperatures dipping around freezing on Merseyside as Storm Ciara hit the UK. 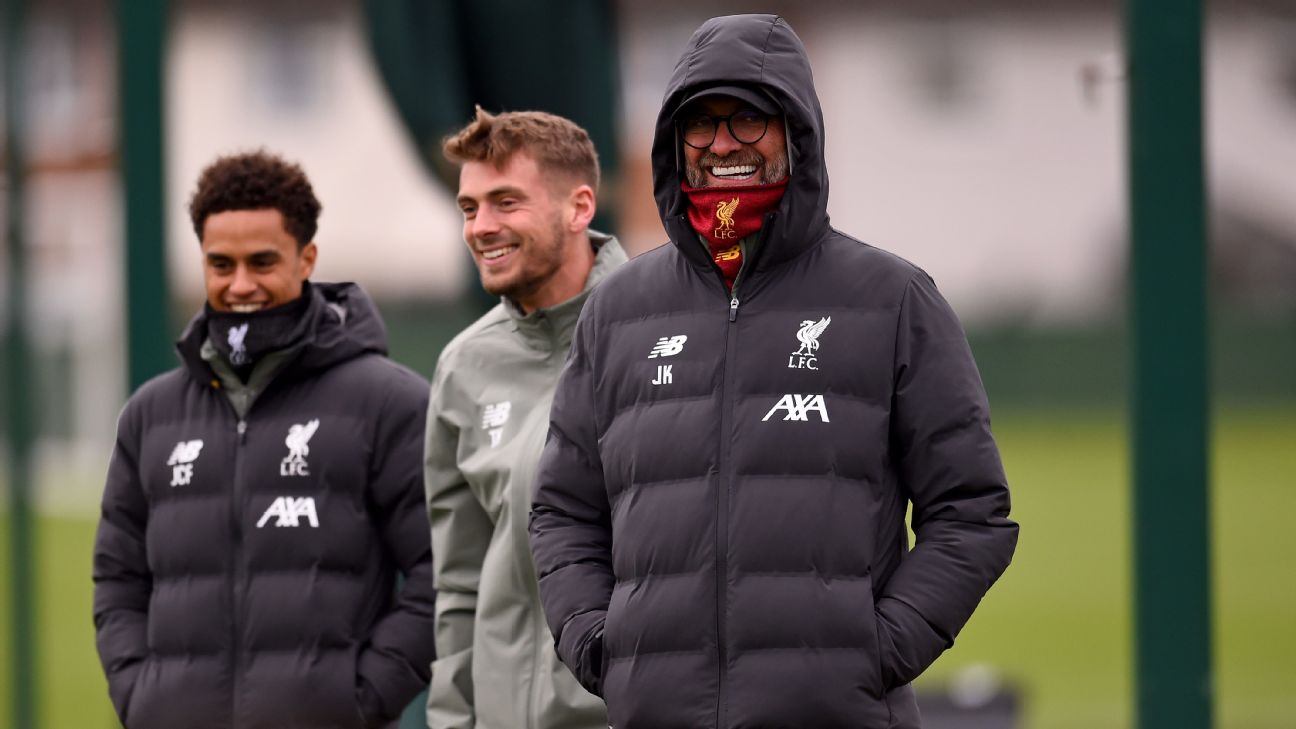 The Reds also wearing a winter training kit (which is newly available to buy), resplendent in what the club is calling teal but to us is more reminiscent of spearmint toothpaste. 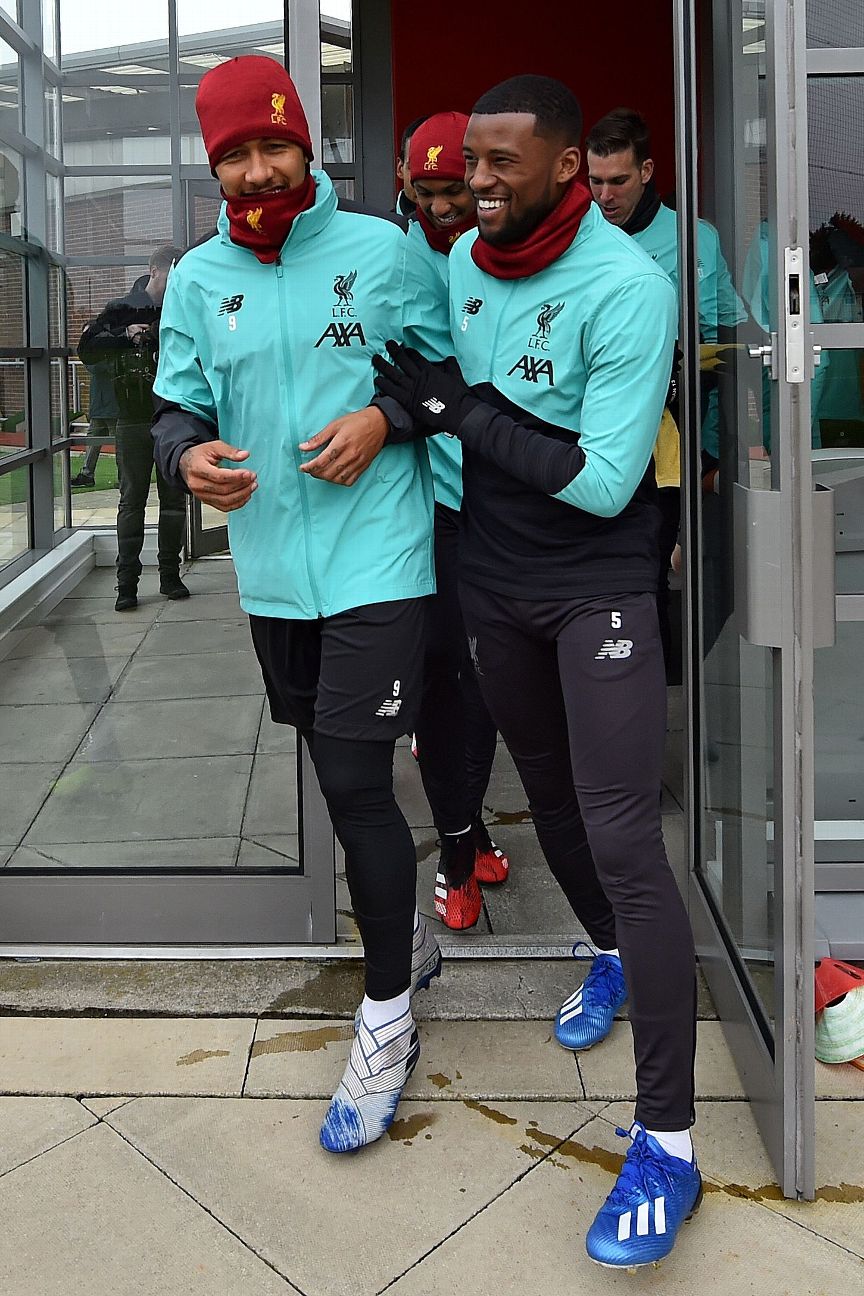 Braving the cold in matching hat and snood, Roberto Firmino was all smiles -- as per usual. 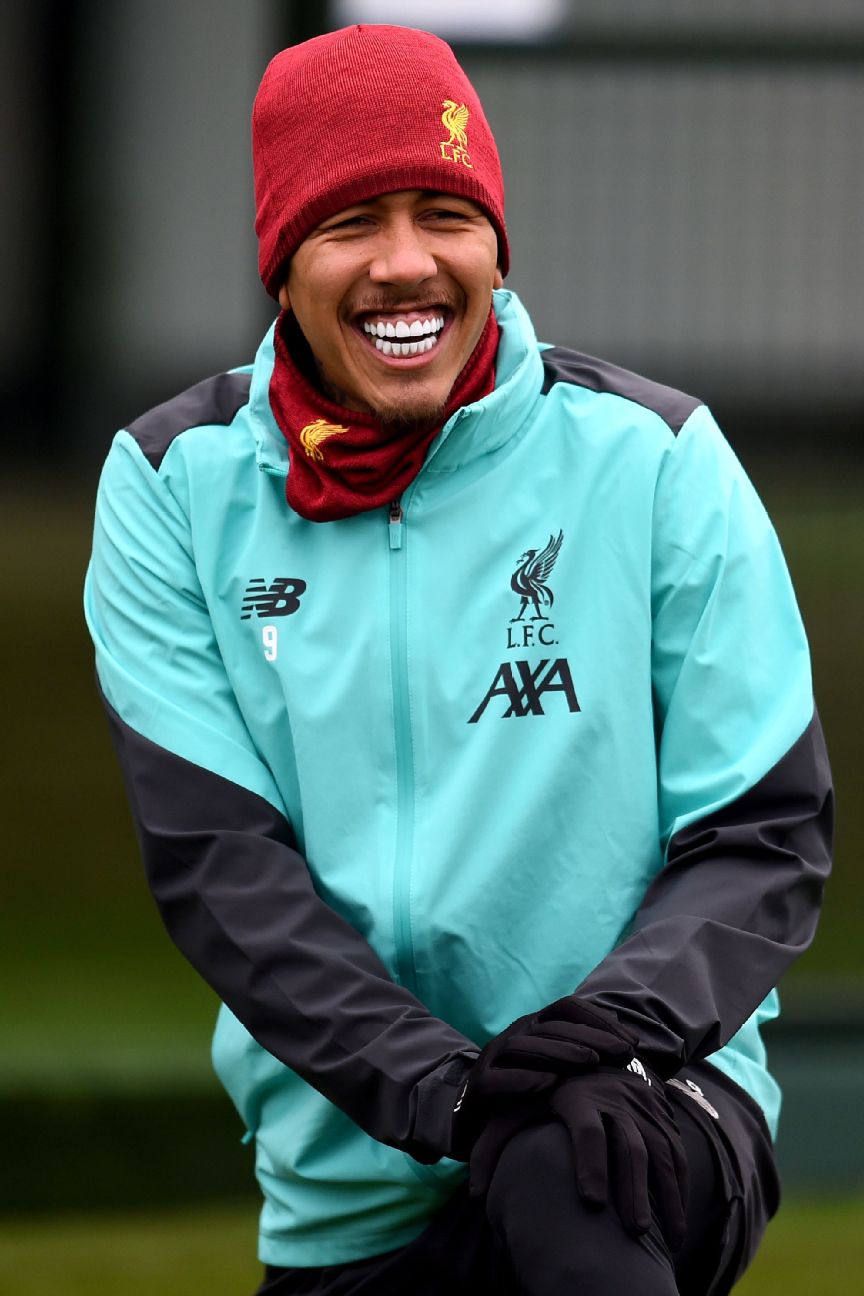 Fabinho and Virgil van Dijk found time to run rings around each other, seeing as their opponents have struggled to do that this season. 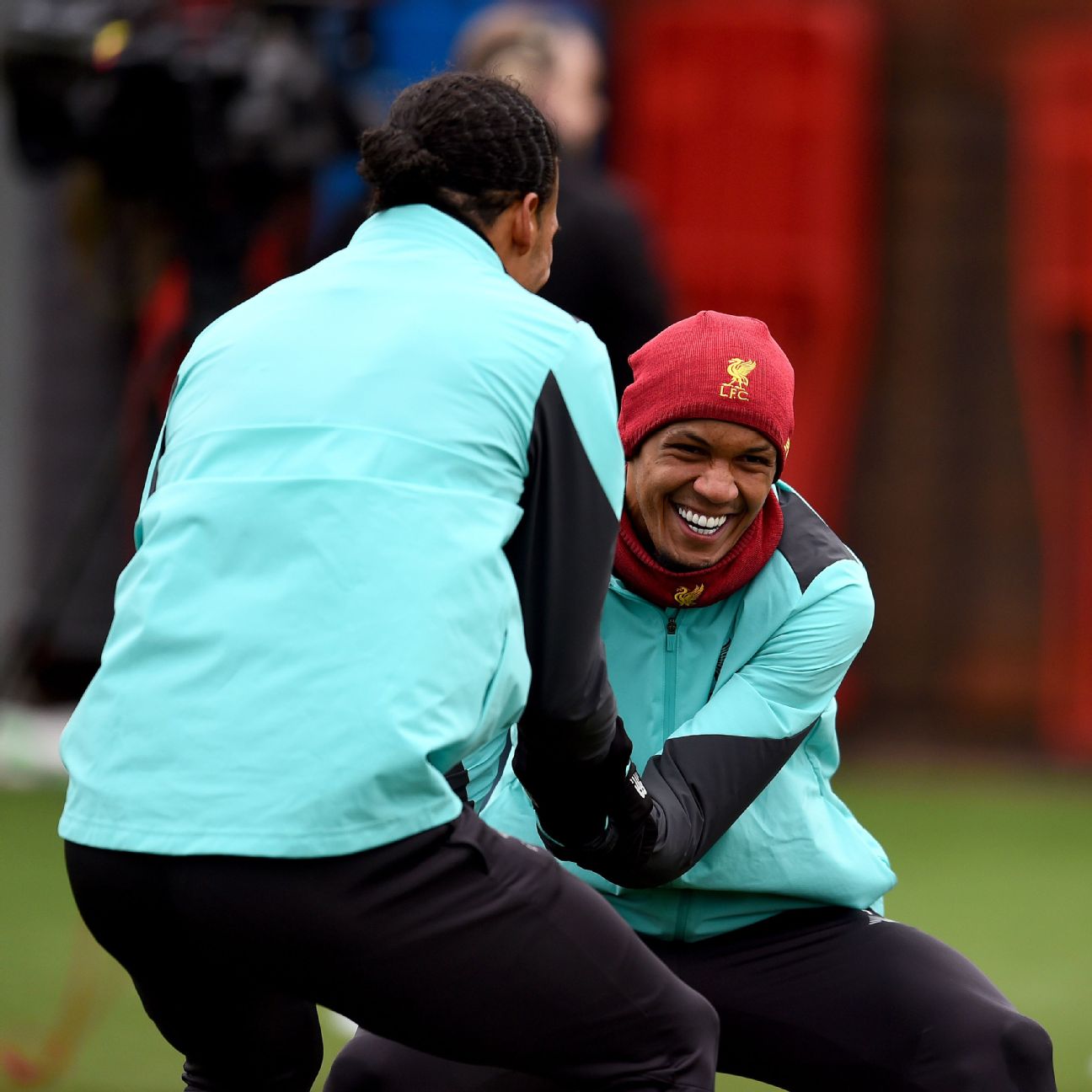 Mohamed Salah was either having immense fun or succumbing to the first stages of acute frostbite. 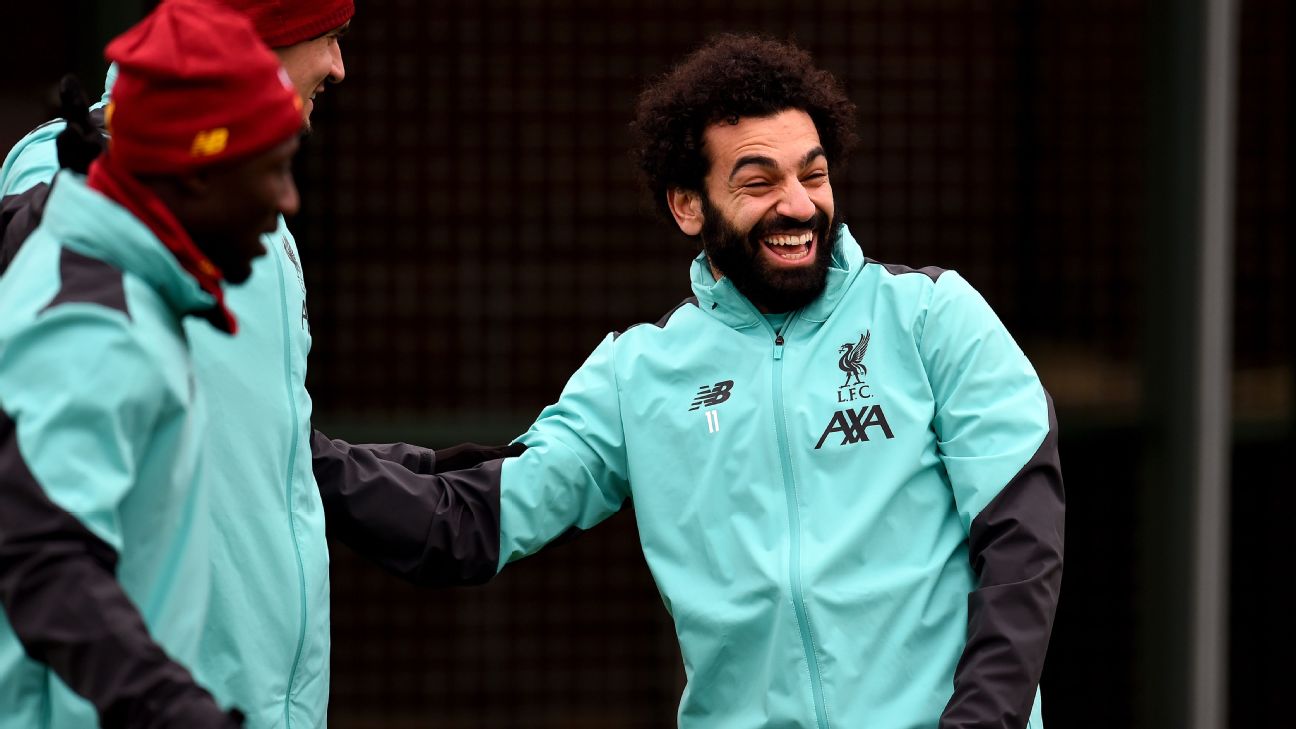 James Milner could hardly believe what he was seeing. 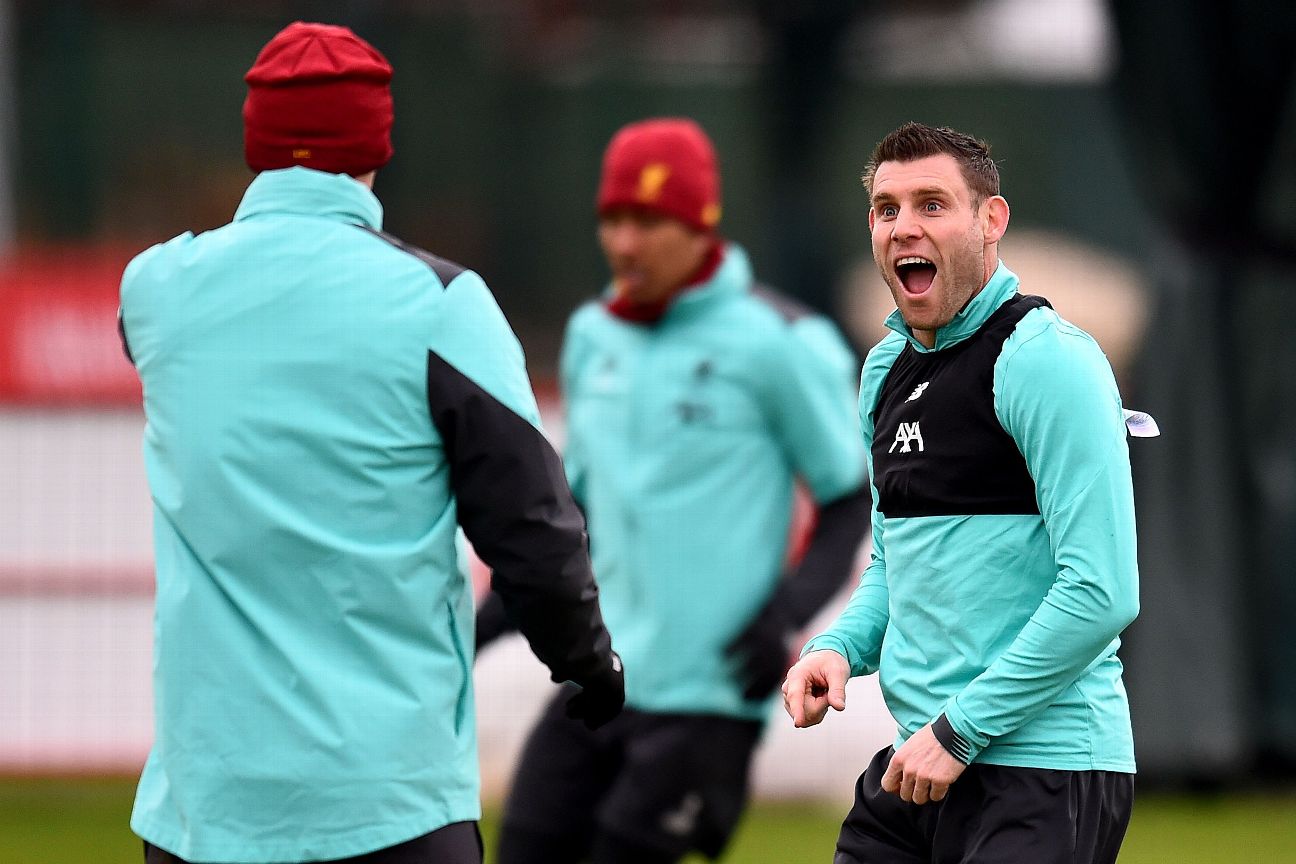 While Andy Robertson took a quick breather, Sadio Mane knuckled down to practise his corners. 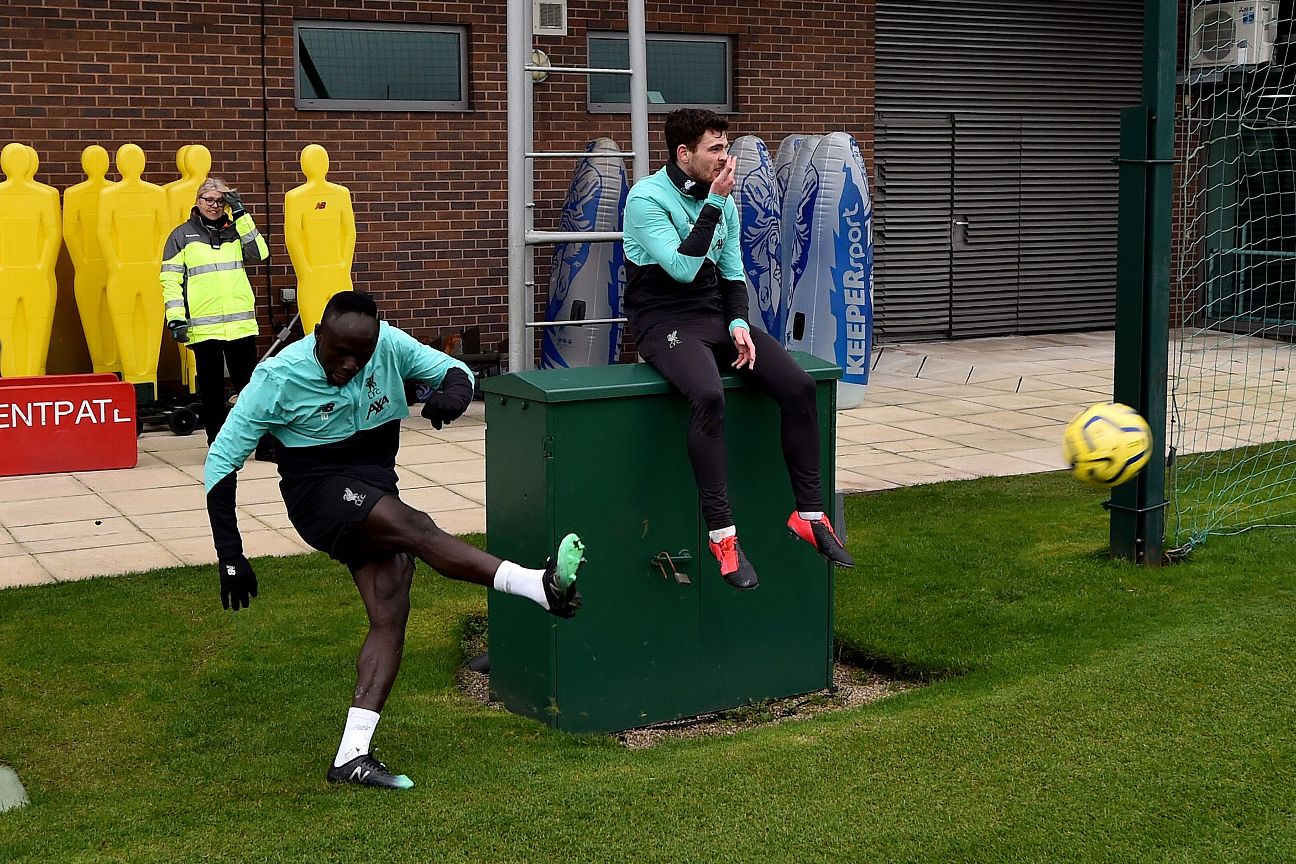 Not to be left out, Alisson, Adrian and the rest of the goalkeepers certainly seemed to be having a jolly good time too. 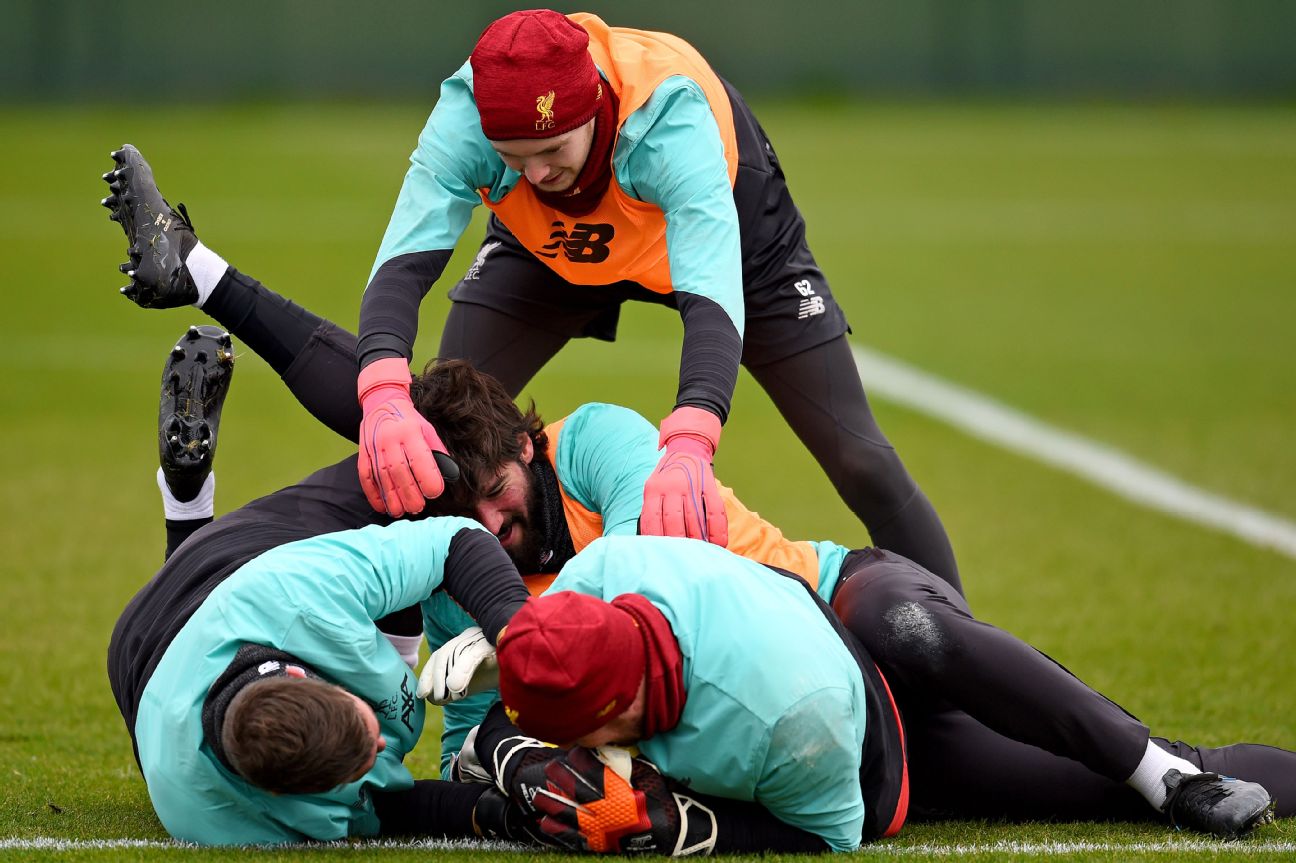 Looking to maintain their 22-point lead at the summit, Klopp's side return to Premier League duty this coming Saturday when they travel to face Norwich in the late kick-off.

With a few days rest pencilled into their schedule, Arsenal are out in Dubai on a warm-weather training excursion.

As well as working up a sweat in the Emirates, the squad have also been entitled to a little rest and relaxation -- though that's easier said than done with arch-prankster David Luiz on the prowl.

David Luiz has no chill 😂

Birthday boy Lucas Torreira also fell prey to one of Luiz's japes, with the Brazilian defender snaring his teammate with a classic "fake selfie" prank.

The Gunners also enjoyed a little team outing to the desert, where they went on a safari adventure.

📸 An amazing night of team bonding and cultural experiences!@Arabian_Adv 🤝 @Emirates

New signing Cedric Soares also kicked off his Arsenal career with a humpback ride as well as a sample of the local entertainment.

Great trip to Dubai! Really enjoyed training and getting to know all the lads over the last few days. Now heading back to UK to continue preparations for upcoming matches. C'mon @Arsenal! 🔴⚪ #Arsenal #GOYG #training #team #together #work pic.twitter.com/vEDo1owoVS

Arsenal are now in the process of returning to London in preparation for Sunday's Premier League clash against Newcastle as they look to extend their unbeaten run to an eighth game.

Neymar sprang a surprise on his legion of Instagram followers this week by unveiling his latest hairstyle.

Having watched PSG in action at the weekend sporting bright pink hair, Neymar posted a selfie the following day to debut a new bold -- and altogether more bald -- look.

The Brazilian striker captioned the image "Bonde duuus Karekaa" which translates into English as something approximating "The Bald Gang".

Could it be that Neymar has officially joined Jose Mourinho's freshly cropped clan, with the Tottenham coach having shaved his head recently after, he jokingly claimed, "falling asleep at the barbers".

Maybe Neymar is simply reinventing himself as a grizzled veteran in preparation for his big move to David Beckham's MLS franchise, Inter Miami.

The two met recently for a friendly chat that began with Neymar revealing he modelled himself on Becks and ultimately ended with Becks "signing" Neymar for his new team -- albeit after taking a bit of a salary cut.

"It's going to be a contract for Miami, for ten years' time.

"We're not going to pay much!" he hastily added before the pair shook hands.