Borussia Dortmund striker Erling Haaland scored three goals on his Bundesliga debut, but apparently that's not enough for fans in Germany to call it a hat trick...

Jump to: Alisson puts Premier League attackers to shame with assist vs. Man United | Kompany reprimands own fans after flare thrown at Mignolet | Ibra shows off his 'Ninja Stuff' during AC Milan training | Rooney called out for boxing rematch by Bardsley

The 19-year-old certainly has a knack for it, having bagged a hat trick on his Champions League debut in Salzburg's 6-0 win over Genk back in September that made all of Europe's biggest clubs sit up and take notice of his talents. In fact, this was the fifth time he has scored three goals in a single match this season.

However, contrary to reports in the English-speaking media, Haaland did not score a hat trick in Dortmund's 5-3 win over Augsburg -- at least not as far as football fans in Germany are concerned.

Sure, the Norway international took the league by storm, scoring three goals in his first 23 minutes in the Bundesliga. But that's the problem -- he's playing in the Bundesliga and not the Premier League. That means abiding by the rules as they are in his new country of residence, where not just any old treble of goals gets to be defined as a hat trick.

So what constitutes a "flawless" or "classic" hat trick in Germany? Well: You must score three goals, but they must be scored sequentially, and all of them must be scored in one half of the match.

Haaland scored three goals against Augsburg. He even scored them all in one half. But he was denied a "flawless" hat trick by England international Jadon Sancho. Haaland came on as a 56th-minute substitute, and Sancho set him up for his first goal just three minutes later. Before he had time to digest opening his account for his new club, Haaland was unmarked in front of goal during a Dortmund counter-attack, but this time Sancho opted to score himself rather than the pass to make it 3-3.

Soon enough, Thorgan Hazard was in a similar position, but instead of shooting teed up his new teammate for the second of his three goals. Marco Reus then set Haaland up for his third.

Despite being denied the honour of a "flawless" German hat trick on his debut, we can confirm that Haaland was still awarded a prestigious Dreierpack (triple-pack), which is much better than the Doppelpack (double-pack) his Leipzig rival Timo Werner scored at the weekend, but far from Robert Lewandowski's legendary Funferpack (five-pack) against Wolfsburg.

But don't worry, Erling - no one is going to take that match ball away from you!

Every other Liverpool player was out on their feet by this point, as Alisson sprints past them all to celebrate his assist with Salah pic.twitter.com/fF51zxfzGl

Liverpool continued on their procession to a first Premier League title in three decades with a fairly routine 2-0 win over Manchester United at Anfield on Sunday afternoon.

Goals from Virgil van Dijk and Mohamed Salah sealed the deal. Indeed, the Reds cantered to victory with such ease that even their goalkeeper, Alisson, was able to register an assist.

In setting up Salah's late clincher, Alisson became the first Liverpool goalie since Pepe Reina in 2010 to register a league assist. He then showed an impressive turn of pace to hurtle up the pitch and celebrate with his Egyptian cohort.

The 54th goalkeeper to claim a Premier League assist, Alisson now has as many assists to his name this season as Pierre-Emerick Aubameyang, Mesut Ozil, and Raheem Sterling. He has also drawn level for the season with teammates Adam Lallana and Naby Keita, and has created one more goal than Xherdan Shaqiri.

Is there anything this Liverpool team can't do?

Kompany reprimands own fans after flare thrown at Mignolet

The Professional Referee Department was pleased to see a positive reaction of respect and fair play during #ANDCLU. 👏💪

Respect & fair play helps our referees to do their job! #UnderReview pic.twitter.com/n1yrsrxfEY

Vincent Kompany once again proved his impeccable captain credentials at the tail end of Anderlecht's 2-1 win over Club Brugge on Sunday.

With stoppage time wicking away, the game had to be momentarily stopped when a firework was thrown onto the pitch by Anderlecht fans behind the goal, landing right next to Brugge goalkeeper Simon Mignolet. Enraged, Kompany went striding over to his own supporters and confronted them, making it very clear that their behaviour was absolutely unacceptable.

Kompany then put his arm around Mignolet, checked if his opponent was okay to continue and then proceeded with the remainder of the game.

The Belgian FA later tweeted to commend the former Manchester City skipper for his "positive reaction of respect and fair play."

Speaking after the final whistle, Mignolet was also appreciative of Kompany's quick reaction and vocal support.

"Fortunately, Kompany came to calm everyone as I would have done for him," the former Liverpool player told Le Soir. "Vincent and I, we know each other well with the national team and we appreciate each other. I prefer to retain this image than this unfortunate fact."

Ibra shows off his 'Ninja Stuff' during AC Milan training

If there's one thing we've learned, it's that Zlatan Ibrahimovic doesn't usually need much persuading when it comes to proudly demonstrating his physical prowess.

Utilising all of his taekwondo training, the AC Milan striker once again reminded us all of his incredible limberness before the weekend's game against Udinese.

Milan presented Zlatan's elastic ball control as the perfect antidote to "Blue Monday" while also reminding everybody that he's still able to bend and flex like this aged 38.

Which is, in and of itself, fairly depressing for mere mortals like us.

Rooney called out for boxing rematch by Bardsley 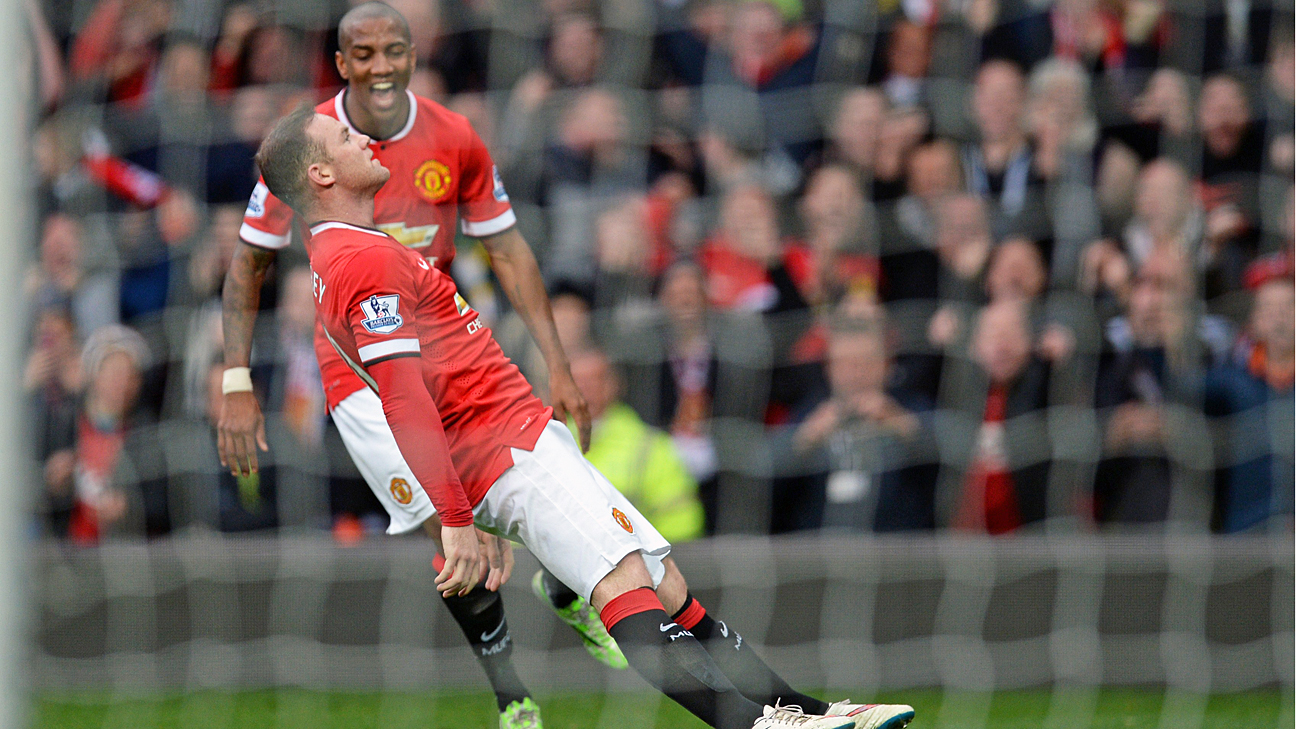 Three years after the initial heavyweight bout, Phil Bardsley has revealed that he is keen to face Wayne Rooney in a boxing match once again.

The pair first faced each other in Rooney's kitchen in 2017 when Bardsley accidentally knocked out his former Manchester United teammate during a "friendly" sparring match.

The video of the incident went viral on social media and Rooney subsequently made light of it by celebrating his goal against Tottenham by re-enacting his fall.

Bardsley is now ready for the rematch, joking to the Daily Mirror that he's in negotiations to stage his headline clash with Derby County's player-coach at a grand venue in the US.

The Burnley defender said: "We're getting ready for when we retire -- we're just negotiating with [boxing promoter] Eddie Hearn! I want it at MGM in Vegas or New York!

"But yeah, we used to knock the f--- out of each other all the time -- not necessarily me at his house but in terms of him sparring people. We're just normal kids from an estate."