After losing the opening game of UEFA World Cup Qualification Group B against Switzerland in Basel, Portugal won all their remaining matches to top the group and qualify automatically for Russia. After that initial setback, which Ronaldo missed through injury, Portugal scored 32 goals and conceded only two in the next nine games. Ronaldo and Andre Silva struck up a superb partnership, scoring 24 goals between them.

Santos has instilled an iron will to win and an enormous unity of purpose since taking over in September 2014, with the team winning 20 and losing only one of 24 competitive matches under the veteran coach. The Selecao regularly made deep runs into major tournaments in recent history -- five semifinals or better in nine tournaments this century -- but were always seen as mentally brittle at crunch time. Not anymore.

Portugal's players have fully bought into the mantra of first and foremost making themselves difficult to beat, with the Euro 2016 triumph strengthening their belief in this approach and fortifying the newfound winning mentality. The fierce competition for places among a talented generation has not dented an impressive togetherness within the squad.

A reliance on veteran players could prove their undoing. Portugal have lost only two competitive matches since the 2014 World Cup, and both times Ronaldo was missing through injury. If the opposition manage to nullify him, the Selecao will struggle for goals.

At the heart of defence, 35-year-old Pepe is arguably at least as important for Portugal's chances of going far, the form and fitness of the centre-back crucial, especially as he will likely be partnered by either Bruno Alves (36) or Jose Fonte (34), both of whose better days are behind them.

As mentioned above, Portugal's traditional free-wheeling and flamboyant style of play has been replaced by a more defense-minded approach, meaning creativity is in short supply. Ricardo Quaresma (34), despite being mainly used off the bench by Santos, has supplied more than double the number of assists by any other Portugal player in the past four years, and is likely to be key to unlocking the opposition.

Look no further than Portugal's greatest ever player, Cristiano Ronaldo. After a poor start to 2017-18, critics were lining up to write the obituaries on his extraordinary career. But since the turn of the year, the Real Madrid superstar has been unstoppable. He has obliterated the records for Portugal's national team (148 caps, 81 goals and counting) but remains as hungry as ever to further burnish his legacy.

If the Selecao are to follow up their debut tournament victory in France two years ago with something special at this World Cup, Ronaldo will be at the heart of it. 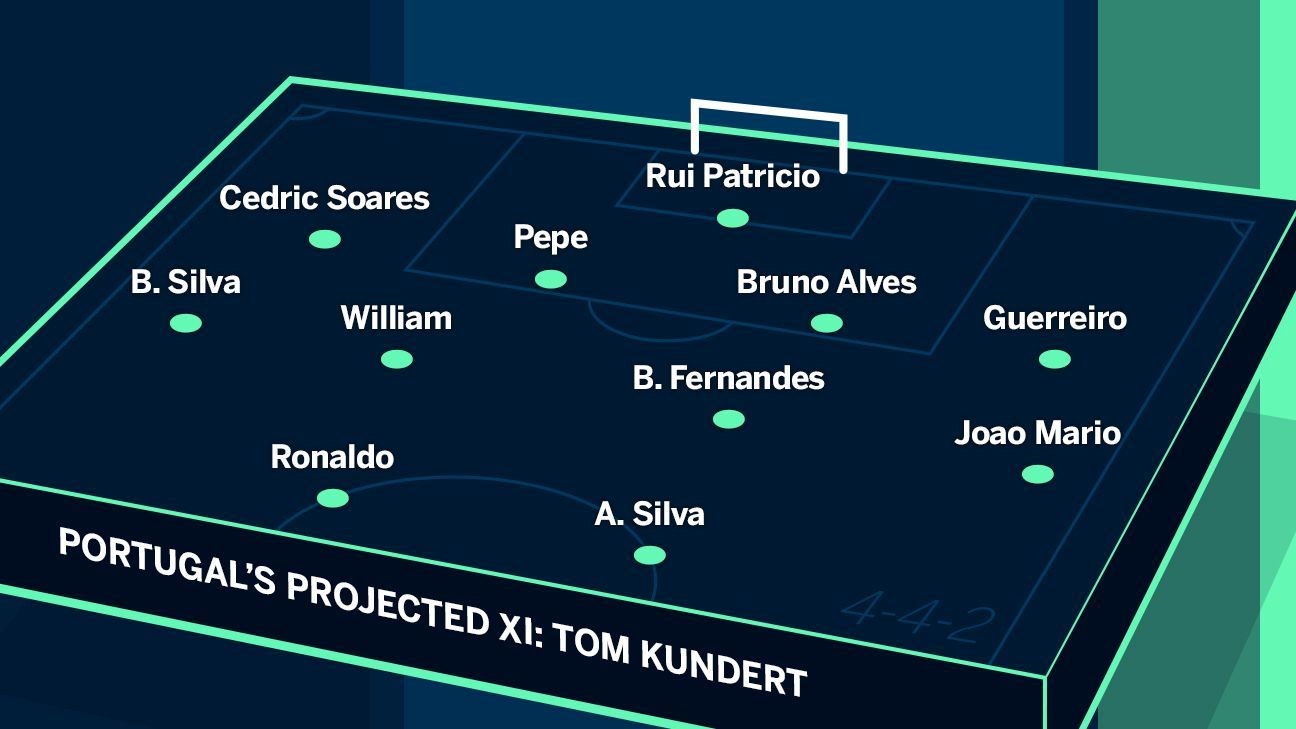 "Portugal got drawn in one of the most difficult groups but have one of the top teams in the world right now so can aspire to the top. Although the other teams [Morocco and Iran] had fantastic qualifying campaigns, Portugal and Spain are favourites to top the group and are among the favourites to win the whole thing." -- former player Luis Figo

"At the start of the century, Portugal had more stars than they have now but didn't win anything. Now there are fewer stars, so you have to give credit to the job Fernando Santos has done, who has been extremely pragmatic in building a well-organised team." -- Manuel Jose (former Benfica and Sporting manager) 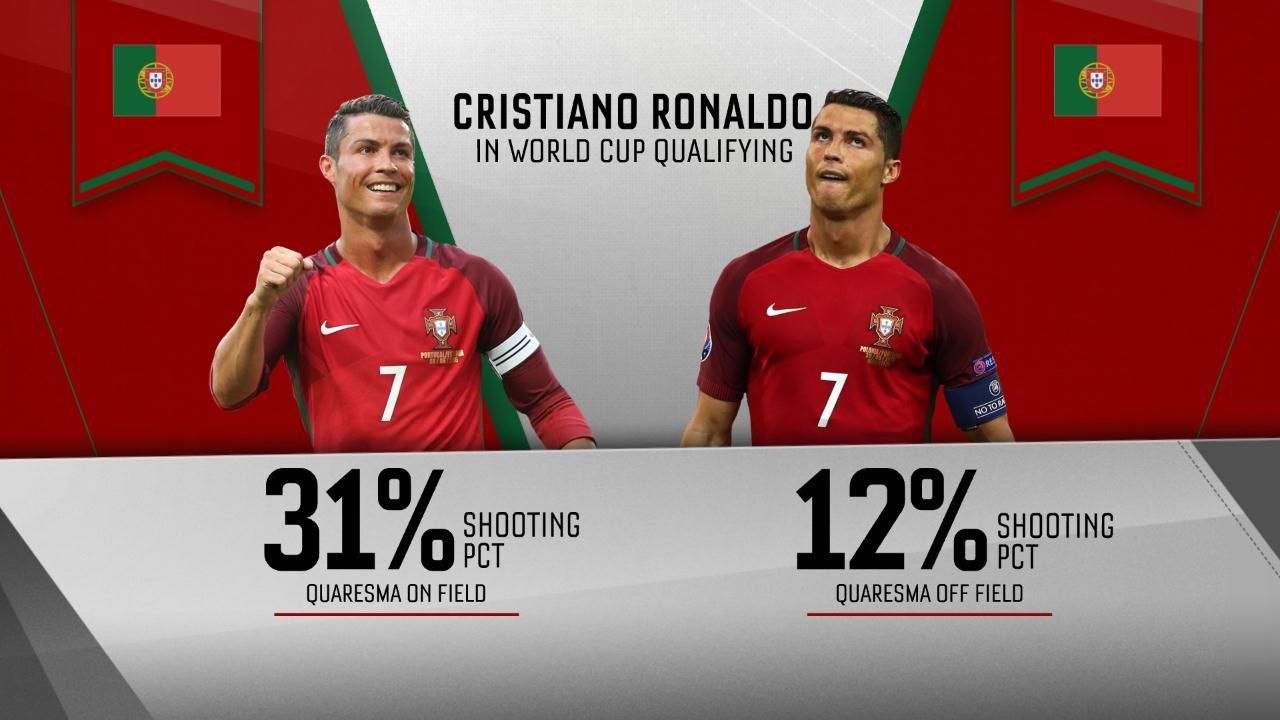 The two times Portugal qualified for a World Cup in Europe, they reached the semifinal (England 1966 and Germany 2006), but matching that achievement appears a long shot. An over-reliance on Ronaldo and Pepe, along with the fact that too many key players have had disastrous seasons -- Andre Silva, Raphael Guerreiro, Adrien Silva, Joao Mario -- has seen Portugal regress since winning the European Championship two years ago.

They should get out of the group, and once there, a favourable match-up in the round of 16 makes a quarterfinal appearance doable, though the run will end there against France or Argentina.