Senegal qualified unbeaten from CAF's Group D after taking 14 points from their six matches, winning four and scoring 10 goals. Their campaign wasn't completely plain sailing, however, and they were made to wait for qualification after letting a 2-1 lead away at Burkina Faso slip in the 88th minute. They were helped by Cape Verde's slow start and the Stallions' inconsistency, and wrapped up qualification with victory over South Africa in Polokwane.

Cisse has options across the park, with a wealth of talented forward options, a clutch of rugged and powerful midfielders and the kind of central defensive options that mean the squad can absorb the likely absence of Kara Mbodji because of injury.

The key area of strength, however, is in midfield, where Idrissa Gueye performs a key duty, snuffing out opposition attacks and protecting his defence.

He has not enjoyed his best campaign at Everton this term, but his defensive numbers have rivalled those of N'Golo Kante in recent seasons, and he's the centrepiece of a strong unit that should contain the likes of Kouyate, Alfred N'Diaye and Cheikh N'Doye.

Despite succeeding in ending Senegal's wait for a return to the World Cup, doubts persist about Cisse's aptitude as a coach, particularly when it comes to tactical decisions. Even with the significant attacking options at his disposal, he has yet to truly meld Senegal into a fearsome offensive team, and Cisse has yet to get the best out of his team as an attacking force.

Keita Balde, M'Baye Niang and Ismaila Sarr are potentially magnificent supporting actors for Sadio Mane, but they've rarely shown anything close to their best for the national side.

Sadio Mane may not have received the same acclaim as he did during his first season at Liverpool, when he was named his team's Player of the Year despite a stop-start campaign, but he remains one of the Premier League's outstanding talents.

To date, he has weighed in with 17 contributions in the top flight -- 10 goals and seven assists -- while he has also played a key role in firing Liverpool into another Champions League final.

Only the imperious Mohamed Salah has been more influential in Liverpool's campaign -- Mane has eight goals in nine outings -- but could the forward step out of his rival's shadow in Russia? 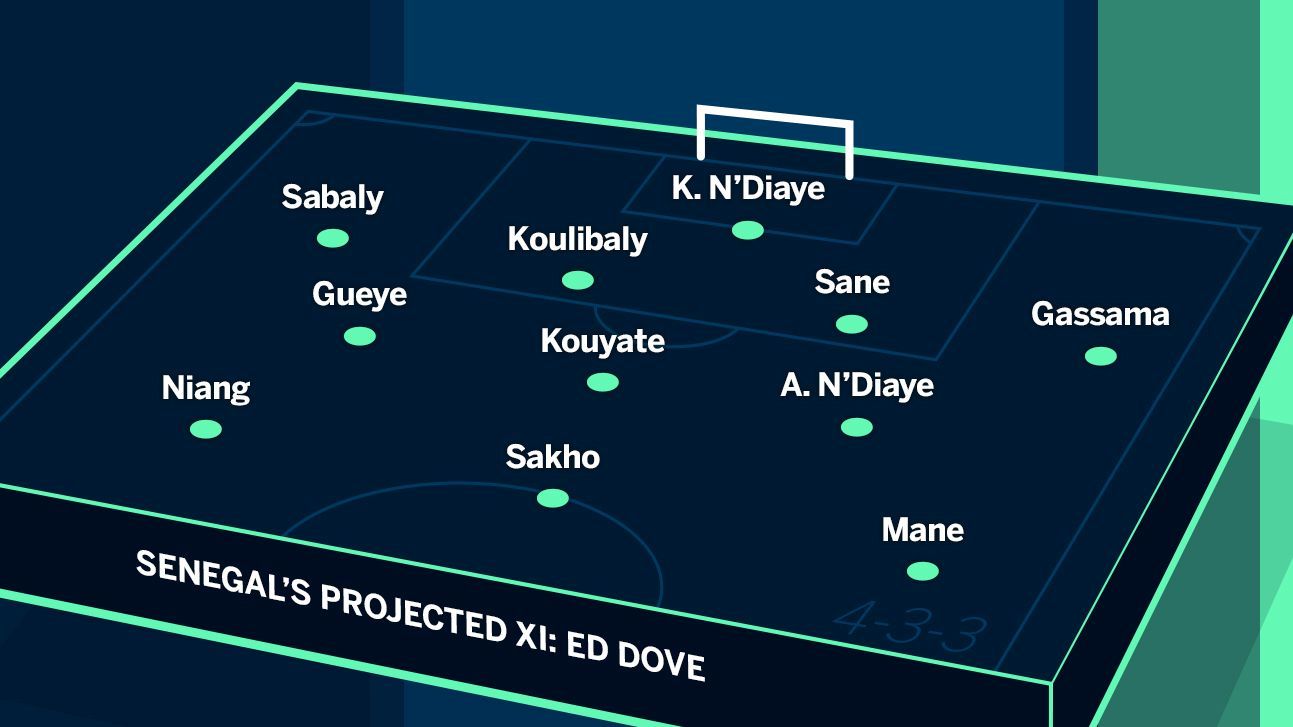 "Senegal have a chance at the 2018 World Cup because they have a competitive team that can challenge their three opponents -- Colombia, Poland and Japan. The players and the whole nation are confident, and everybody here believes that the Lions will follow the same path as they did in 2002 -- their first World Cup [when Senegal reached the quarterfinals]. ... There's a funny stat for Senegal at the World Cup. Anytime we've played in one -- including beach soccer, U-20s or mini football -- we've always reached the second round or the quarterfinal lesson [at least]." -- Aliou Goloko, independent journalist

Senegal have the raw material and the talent to emulate the class of 2002 and reach the quarterfinals. However, it remains to be seen whether Cisse is the man to pull the various elements of this team together to forge a side that can get the best out of its key assets.

The evidence of the recent international break suggests that the coach, a veteran of the 2002 squad, is no closer to stumbling upon the truly effective formula that would see them past Colombia, Poland and Japan. However, Senegal have already stunned the watching world once on the grandest stage of all, and if this collective can click, they're capable of doing so once again.